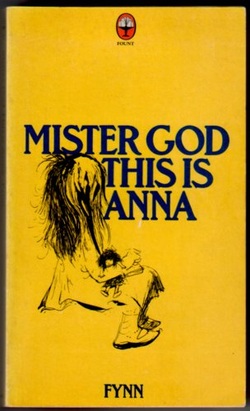 The choosing of books is a risky business. The best intentions can sometimes land you in deep water.

The thought always come to me when I see TV ads  for toilet tissue. I don’t mean the ones with the playful puppies rolling things about. No, I mean the competition – the company that used to run ads that  encouraged us all to “Love your …” Well, how shall I put it, to hold in affectionate regard a certain prominent piece of your anatomy.

That always brought to my mind very forcibly an occasion when as a young curate I was subjected to severe criticism. Indeed the propriety of my whole judgment as an ordained minister was in question. And it all happened because of my recommending of a book. Talking through a book with a group of friends is a delight. Something I’ve tried to encourage wherever I’ve worked. It’s great to hear other opinions, new insights, varied explanations and  understandings of something you’ve read together. I can’t help thinking every story is somehow a work of theology. That’s why I enjoy our book circle so much. But the choosing of books is a risky business – that’s what got me into such hot water as curate.

I had recommended a book called Mister God This is Anna. It’s an adult’s account of, I guess, 1930s encounters with a six-years old East-Ender called Anna. She is precocious, and funny, and insightful, and warm – in her brash childhood intensity she understands things in ways that kind  of cracks open their truth, both for Fynn, the adult who is writing about her, and for Fynn’s readers. The late Archbishop Trevor Huddleston called this little book “a pearl of great price.” But the Miss Pewseys didn’t agree with him, or me – and boy, oh boy, did they complain, and this is the passage that brought their
wrath down on me:-

Anna and Fynn are in church one Sunday. A vigorous and respectable gathering. Most of the congregation aren’t named,
except Anna tells them apart by identifying characteristics – Sunday Suit, Albert Watch, or Sunday Boots. Anyway it is Sunday morning  ...

‘The Rev Castle talked about ‘seeing’ Mister God, about meeting him ‘face to face,’ in a sermon one Sunday morning. He never knew how close he was to disaster. Anna grasped my hand tightly, shook her head violently and turned to face me. All her efforts were directed to damping down her inner fires, which would have consumed the Rev Castle had they been let loose.
When it comes to fires Old Nick had nothing on Anna. She could make the fires of hell look like glowing embers.
In a whisper that echoed around the church, Anna  said, “Wot the ‘ell he gonna do if Mister God ain’t got no face? Wot’ll he do if  he ain’t got no eyes, wot then, Fynn, eh?”
The Rev Castle faltered for a second and pressed on, dragging with him the heads and eyes of the congregation.
Anna mouthed the words, “Wot then?”
“Search me,” I whispered back.
She pulled at my arm and signalled me to come closer. Her lips plugged into my ear. “Mister God ain’t got no face,” she
hissed.
I turned my face to her, and my raised eyebrows asked the question, “How come?”
Plugging in again, she said, “Cos he don’t have  to turn round to see everybody, that’s why.” She settled back in her pew,
nodding her head at her own certainty and folded her arms with a full stop.
On our way home from church I asked her what she had meant by “he don’t have to turn round.”
“Well,” she said,“I’ve got an ‘infront’ and I’ve got a ‘behind’ so I have to turn round to see what’s behind me. Mister God
don’t.”
“What’s he do then?” I asked
“Mister God’s only got an ‘infront,’ he ain’t got no ‘behind.’
“Oh,” I nodded,“I see.”
The idea of Mister God having no ‘behind’ struck me as deliciously funny and I tried hard to suppress the giggles. I didn’t
manage it. I exploded.
Anna was a bit puzzled at my outburst. “Wot you laughing for? she asked.
“Just the idea of Mister God having no behind,” I chortled.
Her eyes narrowed for a moment or two and then she grinned. The grin fanned her eyes into flame and she lit up like a Roman  candle. “He ain’t got one of them too!” Her laughter ran along the road, erecting little barricades as it went. The all too obvious and self-satisfied Christian worshippers bumped into the laughter and frowned.
“Mister God ain’t got no bum,” sang Anna to the tune of ‘Onward Christian Soldiers.’
The frowns turned into scandalized looks of  horror. “Disgusting!” said the Sunday Suit, “Little savage!” squeaked the Sunday  Boots, “A limb of Satan!” said the Albert Watch dangling from the waistcoat, but Anna went on, laughing with Mister God.
On our homeward journey Anna practised her newly discovered game with me. In the same manner that she launched her spiritual being at Mister God, so she launched her physical being at me. ‘Mister God ain’t got no bum’ wasn’t a joke, she wasn’t being naughty or just a silly child. It  was just an eruption of her spirit. Withe these remarks she hurled herself at
Mister God and he caught her. Anna knew that he would, knew that there was no  risk involved. There was really no other way, it just had to be done. This was her way of being saved.’ (Mister God This is Anna by Fynn, Collins, 1974, page
142)

So now you know why the memory of the Miss  Pewseys comes flooding back when I see particular TV adverts.
According to Anna, what the advert once enjoined us to love, God can’t,  because he hasn’t got one. And then I hear Saint John, “And the Word became flesh ...” and I wonder. Anna was, of course, exactly right to be critical of so-called clever grown ups making God all too easily describable. Making God fit  the categories with which they were comfortable. God forgive us, we all do it  all the time. Sometimes it takes an Anna to shake us out of it. Too often Our God is ‘too small,’ as the Bible translator JB Phillips once put  it.

This is the‘Second Sunday Before Lent’ as our modern Christian calendar has it. An inelegant term it seems to me – it implies  preparation for the period of preparation. I’ve often thought it could be something of a dampener to the proper keeping of Lent. But today’s readings have made me think again.

Yes, soon our whole focus will be, as it should  be for Christians, the Cross of Christ, but we must see that Cross in the light of the story’s beginning. These first verses of John are most familiar to us  from Christmas services – that’s where we must begin. Yes, it is the case that  the death of Jesus is the terrible consequence of human sin, but God’s dealings
with us don’t begin there. God is not the celestial repairman who zaps in to fix  what’s wrong, but who otherwise would have remained nothing more than a reference entry in some divine edition of Yellow  Pages.

God does indeed act to save us from sin and bring  us back to him. Through the weeks of Lent we will think on that, we will pray on that, we will make our confessions, we will strive to know the immensity of that  giving, but never, never, forget that the love that is uniquely expressed in the  human Jesus is the same love that the world has known from the beginning – the  eternal Word who was there at the beginning, the creative source of all  life:

God is caught up in an unlikely, undying love  affair with our humanity – that’s incarnation, that’s the love that leads to the  cross.

The author David Runcorn – I’m back to quoting  books – puts it like this in his excellent publication, Choice, Desire and the
Will of God,
The incarnation is the fulfilling of God’s original plan of and for creation. It is not a solution to a problem dreamed up
in God’s merciful imagination (“I know, I’ll try this”). It is much more than  God taking our humanity. In the end it is about the taking of our humanity in  God.
And again:
Beyond all expectation this messy, physical,  human existence is intimately caught up into the mystery of God’s desiring. He  takes flesh. And ours is involved too.

Here is the scandalous Christian thought that is  ultimate truth. When you stand in front of a full-length mirror first thing in  the morning, remember that – God love is revealed in the body on which you stare. We are embodied – with all the joy, and the hurt that means – and God’s  longing love is for nothing less. This soul making we are about that we call  living is a journey towards loving existence and ourselves the way God loves us.  That’s what following Jesus is.

Love yours – God does.