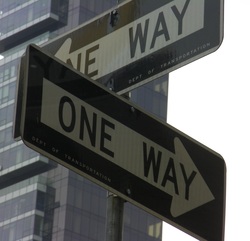 Somewhere the story is told of the children of William Booth, the founder of the Salvation Army, amusing themselves on a rainy day when the weather had forced them to play inside. To their father’s delight they hit
upon playing The Flood. They had a big model of Noah’s Ark and carved pairs of animals to place inside it, and they were making good use of it. So when they decided a full Ark needed a literal flood their father didn’t
demure.

The bathroom in the house had a huge concrete bath so all the children could bathe at the same time (the Booths had nine children in 12 years). Filling the bath, the Ark was soon afloat, and a splashing good time was had by all. Eventually when the plug was pulled the Ark came to slowly subside on Mount Ararat – the bath mat. Out came the animals, two by two.

Then they had the idea of offering a sacrifice of thanks; but which animal should it be? Jumbo the elephant was a great favourite so it definitely couldn’t be him. And Jacko the monkey was simply too good for such a thing. And so it went on; they weren’t prepared to give up any of the precious carved animals. Then one of the boys had a bright idea. He rushed upstairs and then came back with an old woolly sheep toy that had lost its head and tail and only had three legs, ‘This’ll do,’ he said, and they all agreed. Only then did their father intervene – you see what they had decided on wasn’t a sacrifice; it was the least they thought they could get away with. All they were prepared to sacrifice was a worthless and uncared-for thing that meant nothing to them.

In the time of the first Christians sacrifice was simply assumed – it was THE way of worship, an entirely natural and self-evidently appropriate thing to do; to make an offering to a god, to sanctify it in the giving of it to a deity. And it wasn’t just animals that were used – fruit, wine, honey, flour and much else besides was used to make a bargain (a votive
sacrifice), to but off a god’s anger (a placatory sacrifice), to offer thanks, to receive the god’s power into yourself (a communion  sacrifice), or to scare away a god’s power (an aversion sacrifice). Sacrifice was thought to achieve all these things. And the distinctive thing about Christians was that they would NOT offer sacrifice. Christians were therefore despised and hated for their atheism! The token sacrifice to an Emperor was only an expression of political loyalty – but it was an expression too far for most Christians. Sacrifice was something they refused to do – even if the cost of that refusal was death. Appreciating that makes it plain why William Booth was so annoyed at his children’s insistence that only a worthless and broken toy could be sacrificed.

Sacrifice so easily becomes a simple fulfilling of ritual action empty of any real cost, just a show. It was this easy abuse surely that Jesus roundly condemned. He taught that faith must show itself in costly action – love God, love your neighbour – it is in the doing of those things, actual and really that God is honoured; not the show giving of a gift that ultimately costs little or nothing. Living faith cannot be the least you can get away with – Sunday observance now and then, a donation in the giving envelope every so often, the odd good turn to someone who needs help. Perhaps the worst thing of
these meagre gifts is that they allow us to fool our very selves – I think of myself as a good guy because occasionally I’ve done some little thing that was helpful or worthy.

We try to put a price on things that are priceless. When my eldest daughter was a toddler the thought that used to come to me often was how could I possibly deserve this bright little spark who was so beautiful and full of life? I wondered whether I could give her everything she needed to become the person she was meant to be. A thought I’m sure many parents will have had.

Then I thought of youngsters I have meet who materially have had everything in their growing up but who have somehow become hard, selfish, and unhappy people. And I contrasted them to children I’ve met who had just about nothing beyond the clothes they stood up in, and yet managed to care for one another and look out for one another in a remarkable and self-giving way. There’s no easy equation here between wealth and wellbeing – just an appreciation that growing as a person is a complex thing beyond easy calculation. I could not buy my little daughter’s love; I could not deserve it.
I could only love her as best as I could, in my often poor and faltering way, I’m sure. She was not to be bought; she offered her love freely (thought at times!); what a parent must do is respond similarly. Calculation doesn’t come into it – or shouldn’t. Who was it said, ‘Surrounded by free riches, people care only for those things that have price tags’? Cut out the price tagging.

The costly, risky, uncalculating action Christ asks of us brings freedom – gives us the liberty that nothing else can. We find that so hard to accept as it’s so contrary to the ways of the world – a calculating, sacrifice-friendly kind of world like ours where every TV commercial screams at us that there are a million good things to be had, each with a price. But ulfilment, happiness, contentment, wholeness, salvation– these things can’t be bought, they can only be found in that costly activity of loving God and loving my neighbour.

I read somewhere of one of those dreadful attacks from the trenches of World War I when a young soldier made it back to his home trench but discovered that his pal whom he’d gone over the top with hadn’t returned. He asked permission of his officer, even younger that himself, to go out into the  barbed wire to seek his pal. The officer advised against it, ‘Even if you find  him it won’t be worth it, you’ll never get him back and you’ll go at the risk of your own life. But if you’re determined, I suppose you may go.’ The young man went. He found his friend badly wounded and began to struggle back with him. But before he got to the trench his pal died. Then the firing started again and young man was himself hit as he fell into the trench. The officer rushed to see if he could help but soon realised the man’s life was ebbing away. In his
desperation he blurted out, ‘I told you you had better not go. I warned you. Was it worth it?’ ‘Yes sir,’ the soldier breathlessly replied, ‘it was worth it, for when I reached him he said, “I knew you would come.”’

The Christ wounded for us beckons – asking us to risk our wealth, our reputation, our treasured prejudices, our self-seeking, or perhaps even our lives. Shall he say to you or to me: ‘Friend, I knew you would  come.’

Love God; love your neighbour. There is no other commandment greater than these.