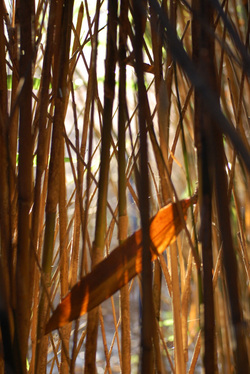 ‘Docent’ is one of those words that appears well used in the United States but not used at all here in the United Kingdom. Another instance of ‘two countries separated by a common language’ – at least that’s my experience. One language doesn’t necessarily mean shared words and
shared meanings. The difficulty I had understanding my Geordie in-laws when I was first married is another case in point (I didn’t notice that they couldn’t understand my west-country accent though!).

If one language doesn’t mean shared meanings, neither does one faith. All too often I’ve heard people struggle with these hard words of Jesus from Mark 9 about stumbling blocks, millstones and maiming. What
can they be about? We wrestle with them; trying to make sense of things we find insensible at the least or profoundly disturbing at their worst. Hell full of the worms of torment and the fire of unquenchable rage seems far removed from the reasonable, kindly and healing Jesus we talk about. So it is often said this is hyperbole –Jesus making a point with extreme and over the top language. ‘Don’t take the language literally,’ we are told, ‘It’s only there to create a sudden intake of breath so that you should realise the importance of the principle.’

And what is the principle? Well, it’s often said to be something about children. Don’t take the cutting off of hands and feet literally, but do take the reference to ‘these little ones who believe in me’ literally. Look after children, don’t harm them, and give them every opportunity to growth. If you prevent that happening, what you are doing is hellish. Make sure you don’t live a hellish life. Support and encourage the little ones and you’ll be on the side of the angels; on the side of wholeness of
living.

Now that’s a heartening message. Any of us can see the point of it. Any of us can feel its urging to get our relationships
right with the most vulnerable in society. The little ones need protecting; the little ones need space and support to grow; and the little ones are our responsibility. Somewhere inside ourselves we can almost hear Jesus saying these
very things. It all fits. But doesn’t it feel a little too cosy? A little too easy and too accommodating towards things we feel self-evidently true anyway? If that’s it; why such hard language from Jesus and why so fulsomely recorded by
the gospel writer Mark? It still seems over the top – if we dare say that about a gospel passage. The words and the meanings don’t seem to fit very well.

I hope you haven’t forgotten about the Docent. American friends will know (at least those who are gallery and museum visitors) that a Docent is a voluntary guide who has the knowledge and training to explain in some detail what the exhibits are, giving contextual, historical, and social details far beyond a cursory labelling. If you really want to understand the
significance of this or that display or object, a Docent will tell you. A Docent doesn’t just entertain; a Docent teaches. The word has at its root the Latin word ‘to teach.’This is the person who will bring alive the things you see;
explain all that you’ll miss in a cursory viewing.

A Docent was showing some visitors around an art gallery. The gallery contained some beautiful paintings, which were universally acknowledged to be masterpieces. At the end of the tour, one of the visitors said to the Docent, ‘I don’t think much of these old pictures.’ To which the Docent replied, ‘Look here fella, these pictures are no longer on trial. But
those who look at them are.’

The Docent realised that the visitor’s reaction was not a judgement on the pictures, but on his own pitiful appreciation of
them. The visitor couldn’t see them for what they were – masterpieces – and instead junked them as dull old pictures. Sometimes we need help to get from a dull estimation of something to an inspired and inspiring appreciation of its
real worth. I wonder whether the Docent had the time and inclination to take that visitor back to one or two of those canvasses to help him see them anew. I rather hope so.

And we too must go back to those verses from Mark 9 to see if we can’t see them anew; if we too can’t see the canvass in a different light.

The first thing to notice is the frame: ‘Teacher, we saw someone casting out demons in your name.’ The disciple John had been troubled by someone doing godly, Christly things who wasn’t part of their group, and he had wanted to stop that person. Jesus’ response, however, is the opposite – let the godly action continue for even the smallest such action brings the kingdom closer. ‘Whoever is not against us is for us.’ That phrase gives us the frame that the gospel writer is using. Whatever the circumstances in which these words were originally used by Christ – and they may have been various and
diverse – Mark is using them for the good of the persecuted and fearful church for which he is setting these things down. They are a tiny minority, often under threat, often pushed out, misunderstood on every side, and even some of those
who had originally enthusiastically followed had now turned against them. That’s the canvass on which these words are painted. What does it feel like to be part of that little church?

To find out, look at the brush strokes. They are fierce, bold, and sharp in contrast and colour: a millstone around the neck and thrown into the sea – feel the weight, the terror, the icy cold of the waters. A hand or foot cut off – feel the intensity of pain, the hopelessness of an irrevocable action, the permanent disablement. Sight damaged for ever – the loss
of it, the fear of what else might be, the disfigurement that cannot be hidden. This is a canvass that hits you hard in its viewing – no comfortable and cosy landscape, but rather a cacophony of hard-hitting image and colour that leaves
you bruised as an onlooker; a painting that draws you into its vision, with all its terror and awful possibilities. This canvass is Guernica not The Hay Wain.

Let those brush strokes hit home. What’s being described here is real for Mark’s church. This is the turmoil of betrayal. This is the discomfort of misunderstanding. This is the stumbling of rejection and harm. This is sister against sister, cousin against cousin. This is the anger, the shame, the worry, and the death-refusing, death-denying reality of being a
Christian for Mark’s readers.  A picture is painted of faithfulness as a struggle, and many fall by the wayside, one way or another. The ‘little ones’ turn out to be Christians striving to live the Christ life despite all that gets thrown at them. Yes, there is so much to harm and hurt; so much to divert and destroy; but they know the better way and they will stick to it. Even the most meagre of resource will be enough for them: ‘Whoever gives you a cup of water to drink because you bear the name of Christ ...’ That’s enough for them – and it was, and we are the inheritors of their struggle, the receivers of their endurance, the bearers of their hope.

From the brush strokes, the Docent asks you to take a few steps back. Look at the canvass as a whole, beyond the vivid and awful colours, beyond the frame, and ask what you see of the whole?

‘Have salt in yourself.’ Learn the ordinary things of faith and they will hold you through all the turmoils of life – the
Letter of James may seem almost prosaic against the language we’ve heard from Mark, and yet it’s all there: pray, sing, share one another’s burdens and  infirmities, confess to one another, forgive and welcome back. Nothing can stand
against these things. These are the very things that make faith salty, that seasons life in every circumstance. This was Mark’s conviction – this was Mark’s experience. ‘Have salt in yourselves; be at peace.’ The promise of Christ, no
matter what comes your way.