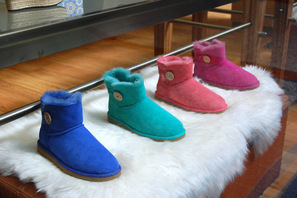 ‘All the world’s odd ‘cept thee and me, and even thee’s a
bit peculiar.’ That was a common expression from my Grandma when I was little. I guess it might need a little adaption to those without a Cotswold country burr to their way of speaking: ‘the rest of the world is odd except you and me, and even you are a little peculiar.’ Not that it has the same ring to it. I doubt if
I would have remembered it if she’d said it like that!

‘All the world’s odd ‘cept thee and me, and even thee’s a  bit peculiar.’ What she meant was that other people are a mystery, and that even those close to you have that same mysterious quality to them. It’s really hard to sympathetically enter another person’s world – there is always something  significant that evades you. In a profound way we are each our own person and  other people only know a part of what really makes each one of us an individual – no matter how near in affection they are.

The points made well in a local TV interview where the reporter was interviewing a couple on the occasion of their
60th wedding anniversary. The eager interviewer asked, ‘You must have had many arguments in that time?’ The couple replied in unison, ‘No never.’ The reporter persisted, ‘There must have been many occasions when you’ve fallen out with one another?’ Again they said, ‘No.’ In an even more insistent way the reporter enquired, ‘Surely at sometime you must have thought of divorce?’ The wife spoke, ‘Divorce – never; murder – often!’

Even in marriage it is hard to cross the boundary of real empathy. Ask the same level of profound empathy of other relationships, or even passing acquaintance, and it becomes ever more difficult. I remember causing offence in a Hindu Temple simply by my posture –I had no idea that my lounging on the carpet was such an affront to my hosts. Or again, on a visit to a country in southern Africa I was asked to give a talk about everyday life in the UK; I remember detailing our problems with social security and social care. Afterwards a member of the audience said to me, ‘What you describe as troubles we think of as heaven.’ It’s so hard to stand in another person’s shoes.

It’s easy to be imprisoned in your own cultural or national way of seeing things. My view of the world is so strong to me that I often fail to notice that other people don’t see things the same way. Mine is a small vision, but it seems to me to be a large vision so powerful is it in my understanding of reality.

Smallness of vision is at the very heart of our gospel story today. Sure Zacchaeus is small in stature, but the detail directs our attention not to how tall he was, but how small his vision was. This isn’t a story about being short in the physical sense; it’s a story about being short of vision. Despite all his wealth and authority over others, his job made him a
despised outsider. Think of his resentment, his defensiveness, his indignation, and his anger. Why should he have any empathy with those in the crowd – they hated him and we may suppose he hated them too. He climbs a tree to see who this Jesus is because they won’t let him get to the front to see. We might imagine him gritting his teeth and saying to himself ‘I won’t be pushed aside; I will see for myself; they won’t stop me!’ I can’t think of anything but anger that
would have got a proud man like him up a tree.

Zacchaeus precarious hangs on –to the branches and to his dignity. He just hangs on, but Jesus acts. Stopping, he says, ‘Zacchaeus, come on down, right now.’ He calls him away from his precarious vision over the heads over others, to a face to face encounter. Jesus calls him out of the tree of his retreat – his vision obscured by leaves and his own trembling hold – to stand on solid ground next to the one he was expecting only a glimpse of. That’s Jesus  for you – calling out, calling down, calling on. He did it to Zacchaeus, and he does it to us: ‘Come down from that obscure vision; come on and see me for the person I really am.

And the calling on calls for a response. How hard it was for Zacchaeus to go up that tree; but it takes even more courage to come down. Attention is being drawn to him in a way that may threaten him. Will the crowd become angry with him? Will there be abuse –verbal or even physical? But these things, if they cross his mind, are quickly dismissed. He hurries down out of  the tree, we’re told, and is happy to be received by Jesus, and in his turn receive Jesus. The crowd’s reaction indicates that he would have been justified in some hesitation – they grumble at what is going on. Yes, hesitation might  have been sensible, but there is not a hint of it. Above the hullabaloo of the crowd Zacchaeus hears the call of Jesus, and like the disciples, responds in an instant. There’s courage here; there’s a willingness to see things differently; literally as well as metaphorically– the view is very different standing next to Jesus than it has been up in the leaves! Zacchaeus responds – and that’s the challenge us – will we respond when we have the opportunity of standing next to  Jesus rather than looking on through a mist of greenery?

The shift in vision can be amazingly rapid and awe-inspiringly new. Jesus can change our view on the world and our view of our place within it – in an instant. Do you catch the infectious joy of this? – Zacchaeus is caught up in joy. Indeed his joy knows no bounds – the restitution and recompense he offers is way more than the rabbis demanded of a person seeking to put his or her life straight with God. They required fractions of  the wealth of a person to evidence real change, but Zacchaeus gives multiples! He is way over the top by the world’s standards. The way the story is usually told – you know, the fairytale story of the poor person becoming rich – is here reversed – the wealthy person makes himself poor.

Encountering Jesus the world’s ways are turned completely upside-down – a familiar story to us by now if we’ve been listening carefully to what Luke’s Gospel tells us. Salvation is costly –by the world’s standards, too costly – but by God’s standards it’s all together other, and that’s cause for great joy. Don’t calculate or the moment will have gone. Rather respond here and now and your joy will know no bounds. This is a massive shift of vision – but what a vision it offers. Stand in the  shoes of God – what me? Yes, YOU. Be a Zacchaeus. Stand with Christ – look on no longer.

In the letter to the Romans (5.2) Paul says ‘we have  obtained access to this grace in which we stand.’ That’s Zacchaeus – standing in grace next to the one who has called him. That’s where we should stand too. That’s where we do stand when we respond to the one who calls. According to St Paul believers enter here and now into an anticipation of the heavenly life – peace, joy, righteousness – let the joy of that lift our vision. We are freed from ourselves – our poverty of vision – able to glorify God and serve his purposes right now.

‘For the Son of man came to seek out and to save the lost.’

Hurry down, he wants to stay at your house today.