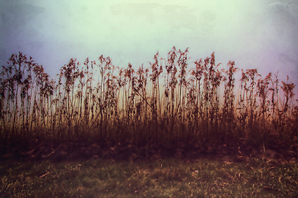 How I wish I'd never said it.  I feel shamed, embarrassed at my own folly; foolish and ill at ease.  How I wish I had never said it.  What was it?  A word said in the heat of the moment; a clever and cutting comment that made another person look small.  An insensitive word that hurt and distressed, or perhaps not so  much the word but the tone in which it was said.  I feel sad now that I had let my tongue get out of hand (!).

Days later I met him again, this man I had wronged with my tongue.  Should I apologise?  Perhaps there would now be a chance?  Should I ignore it, pretend it hadn't happened?  What would his reaction to me be?  And that was the interesting thing; when I went up to him it was as if the cross word had never taken place—his attitude warm and friendly, interested to ask about all sorts of things, no issue between us.  The cross word was all in my mind.  I felt guilty about what I had said because in my heart of hearts I knew the selfish motives that had prompted me—but my friend had not heard that.  We don't hear what is said, we hear what we want to hear!  I'm intrigued by a similar thought about seeing—we see what we want to see and are all too often unaware of the distortions we bring.

But our eyes deceive us.  Just as I was mistaken about the consequences of my words to a friend, we get it wrong—positively or negatively.  If you use a camera you’ll know the problem well.  Something looks great so you snap away at it, but when you see it on the computer screen or in a glossy print it isn’t the great picture you imagined it to be.  There are things in the background you didn’t notice; the electricity pylon really shouldn’t look as if it’s coming out of his head!  The colours seemed better than that; it looked perfectly proportioned—but it isn’t.  The camera never lies, so they say, but there’s something wrong somewhere.  Things that weren’t noticed have appeared.  The composition that appeared so balanced and dynamic, is as flat and dull as can be.

So it is with life.  It’s so easy to see yourself as ‘wheat’ and other people as ‘weeds.’  So easy to point the finger; so easy to paint others in the worst of lights; so easy to label and judge.  So easy to see the other person as a ‘wrong-un.’  When relationship troubles happen we easily put it down to some deeply ingrained personality characteristic in the other person.  He’s the terrible driver because he won’t concentrate properly; she’s the spiteful one because she can’t resist sounding off without thinking.  We excuse ourselves because of the pressure of circumstances, but we condemn others for deep-rooted flaws in their very selves.  That what the psychologists call Fundamental Attribution Error—attributing other people’s behaviour to the way they are rather than to the circumstances in which they are set.  It’s so easy to see the world in stark terms—us and them, the good and the bad, the sane and the perverse, the kindly and the cruel, wheat or weeds.  An unsophisticated tale about weeds and wheat starts to be scarily realistic.

So where is the evil located?  Is it to be found in a far away, or maybe not so far away, enemy who has sown evil into my life—weeds that are all around me?  Must I just bear with those weeds, endure them, until such time as I am harvested into heaven, and they are destroyed, as pernicious weeds should be?  In this view, the wheat is all in me, or my family, or my group, or my church, or whatever, and the weeds are ‘out there.’  Or, often even more destructively, I might turn the Fundamental Attribution Error on myself.  In self-loathing I might see all the bad in me.  The anger and the misapprehension is turned inward and drills away at your mind and soul: terrifying.

Our inclination is divide the world sharply into wheat and weeds, saints and sinners, whichever side we put ourselves on.  But Christ’s parable suggests something else—let the wheat and weeds grow together.  There’s something here that speaks directly to the complexity of the human character.

Do you remember the story of Oskar Schindler, the German industrialist, who saved over a thousand Polish Jews from the con­centration camps in World War II?  One of the people he saved said of him, ‘He was our father, our mother, our only hope. He never let us down.’ Yet many who saw the film Schindler's List were surprised, if not quite put off, by his vices. He was a man prey to all the human vices.

Schindler was certainly no saint.  In fact, he was riddled with contradictions.  Unfaithful to his wife, he certainly knew how to enjoy the so-called good life—cigars, drink, women.  He was a Roman Catholic, but only in name.  He was also a member of the Nazi party, and his avowed aim was to end the war with two trunks full of money. He exploited the Jews as a source of cheap labour.

But there was another and better side to him, and in spite of his lapses he always returned to that better side.  There was basic goodness about him.  As the war went on he became appalled at the horrors of ‘the final solution’ and at considerable personal risk (he was arrested twice), he protected his workers from the death camps.

Schindler was no angel.  He was a mere human being, goodness there was in him, but that goodness was seriously flawed. He was both wheat and weeds.  The divided nature of Schindler, and the divided nature of each of us, is something this parable discloses.  All of us are wheat and weeds—at one and the same time both sinner and righteous.  The great psychologist, Carl Jung, talked about our personalities having a ‘shadow’ side which we must somehow learn to recognize and befriend.  However you want to express it, we cannot escape the truth that ‘evil’ isn’t all about what’s outside ourselves.  The ‘weeds’ of this parable are part of us.

So take the focus off yourself and look at what God sees—a call to see reality as it is, rather than as what we construct by our prejudices and particular outlook?  It’s hard to tell wheat from weeds—that’s the problem.  We are so confident that we can identify ‘unrighteousness’ whether in ourselves or others.  This parable tells another story.  Only the angels seem to be able to sort it all out, and then only at the end of the age.  We may not be the best judge of what is ‘good’ or ‘evil’ either in ourselves or in others.

If the weeds and the wheat look so much alike and there are so many weeds anyway, why bother at all?  Why not plough the lot under?  But that’s not God’s way.  His is not a judgement based solely on productivity—far from it.  God creates out of love and for love.  God enters the field.  God becomes wheat with us and for us, enduring the struggle, the pain, the vexation of the weeds – the weediness of the weeds.  And enduring the harvest too, so that we may know how life is redeemed.  How harm and sin is overcome, the tangle of wheat and weeds separated and good grain turned to new life.  Only God may do the dividing: and the righteous will shine like the sun in the kingdom of their father.