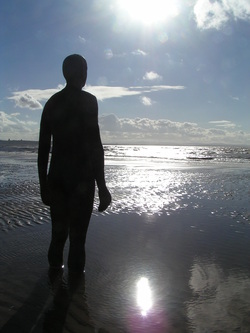 It’s a test again. By now we’ve become familiar with the way it works in Matthew’s Gospel. Those who believe religious wisdom and authority belongs to them can’t help themselves – they keep on testing Jesus out. Like the teenager who can’t help but keep testing the boundaries at home, causing one confrontation after another, the Pharisees and others who hold religious authority have Jesus constantly in their sights. And just like the repeated challenger we’re familiar with from work or home, they just won’t let up on him—one more challenge, one more question, one more attempt to wrong foot him. And just like those confrontations we’ve all known the fact that Jesus has so often got the better of them in their arguments only spurs them on. He had silenced the Sadducees, Matthew tells us; all the more reason then that the Pharisees should have another go at him. Like a red rag to a bull, and an opportunity to get one up on the dratted Sadducees as well. And notice that it’s the lawyer amongst them that asks the latest testing question, so the subtext is, ‘Be intimidated Jesus because it’s a real expert who’s asking this one.’

That’s the thing about the teasing question, the power challenge, that’s designed to put someone else on the spot: it always has a barb hidden somewhere. Do you remember that time in senior school when really awkward challenging questions were put to the teacher? You knew full well that the question was as much about power and authority as anything to do with the subject. I remember to my shame pressing a maths teacher on a particular theorem proof knowing full well that he wasn’t able to explain it. I wasn’t a likable 16 year old!

In the same way a lawyer pressing a case doesn’t ask innocent questions. That’s what training in legal cross-examination is about. There are no wasted, commonplace questions here. The question has been carefully weighed; the possible answers have already been considered. There is a point to made, and this is the question that will make it. The lawyer thinks he knows where this is going—it’s already all mapped out in his mind. At the least Jesus will look foolish; and at the best, he will condemn himself from his own lips.

It’s hard to for us to imagine what that planned for response must have been in mind. Surely they can’t imagine that Jesus will speak out against the law? They certainly don’t know their enemy as well as they think they do if that’s a possibility they’ve considered. Or do they think that he will show his ignorance in his answer? If that’s in their minds, then again they are fooling themselves. In every previous encounter Jesus has shown himself deeply knowledgeable about the laws of faith. Indeed Jesus in Matthew’s Gospel is shown again and again to have a profound understanding of the law, so much so that he is portrayed as a kind of second Moses. How can they possibly think he will sabotage his own authority by the way he will respond?

Can they really think that his answer will finally uncover him as faithless, ignorant or shallow? Well, yes they can, because that’s what bitterness, animosity and resentment does to your discernment. The other you loath is inevitably faithless, ignorant or a dim-wit, because bitterness, animosity and resentment twists what you see and hear into nothing more than what your prejudice wants to see and hear. It’s so easy to see in other people: so hard to admit in ourselves. The lawyer calls him ‘Teacher,’ but it’s sarcasm. The question he puts doesn’t seek an answer, it seeks another’s hurt and shame and downfall. My 16 year old self pressed the question not because I needed to know but because I wanted to get the better of the teacher.

How galling it must have been to the lawyer and his associates that Jesus came straight back at them with an answer that showed what a skilled teacher he was. There’s profundity and knowledge in his answer—and simplicity too. He gives a synthesis of two texts: love God with all your heart, with all your soul, and with all your mind and love your neighbour as yourself. There’s a unity and coherence about this that we’ve come to expect of Jesus – God and neighbour, heartfelt faith and social relationships, intention and practice.

Here’s a way of summing up the law in two aspects that was recognizably a respected part of genuine faithfulness. The great Rabbi Hillel (1st century BC), who according to tradition was challenged to recite the whole of the Law whilst standing on one foot, said: ‘What you hate for yourself, do not do to your neighbour. This is the whole of the Law. The rest is commentary’ (Jewish Encyclopedia). And later the first-century teacher Philo was to say that love of God and love of neighbour fulfilled the whole of the Law.

Jesus answers the test by a summing up that all his hearers understood as authentic and true. A summing up that goes to the core of the whole of human existence—heart, soul and mind—that cuts through all that’s superfluous, all that diverts, all that obscures the essential point.

Then comes another question – a question from Jesus to his challengers. We need to pay attention to this questioning because it’s easily overlooked. Jesus makes a counter challenge to the Pharisees who have been testing him. As the scholars Malina and Rohrbaugh* point out, such a challenge in public was a matter of honour. In a society highly charged with issues of status a counter challenge could only be made between equals. What the question says, simply by being put, is that Jesus is every bit as much an honoured teacher as the Pharisees themselves. The fact that the Pharisees are prepared to answer him underscores the point. In face of the crowd they effectively conceded that Jesus was their equal as a teacher. The testing question had back-fired.

Jesus asks a simple question, ‘Whose son is the Messiah?’ Now that’s an easy one. ‘He’s the son of David,’ they say. In other words the awaited Messiah is somehow subject to the Davidic inheritance. And, of course, they are the guardians of that inheritance. They’ve got him at last – he can’t get out of that. I knew my maths teacher wasn’t up to the proof – but he got out of it, and so did Jesus!

Jesus quotes back at them from a Psalm of David (110) a line that says: ‘The Lord said to my Lord, “Sit at my right hand, until I put your enemies under your feet.”’ Or to put it more obviously: God (the Lord) said to the Messiah (my Lord), sit beside me in the place of power and blessing until I put your enemies under your feet. If David in the Psalms calls the Messiah his Lord, how can he be his son? The Messiah is of the Davidic line, but he is greater than even King David. The Pharisees are stumped for an answer. From that day on no more tricky questions—they have been out-witted.

And the question for us is where we are in the story? If these testing encounters in Matthew’s Gospel are about who Jesus really is, aren’t we often right there with the Pharisees? Time and time again, one way or another, we test Jesus out. To ourselves we give the indulgence of ‘I must be sure’ – an indulgence we’re often not prepared to extend to our understanding of the Pharisees’ tricky questions. In our testing of him, our unwillingness to accept his authority, our refusal to learn of his wisdom we’re not so far from those early challengers as we so often think. Indeed those challengers were well versed in the heritage they shared with Jesus in ways that we are not.

So let’s admit that we’ve often not learnt of the Great Teacher as we might have done – that the story of tricky challenge is our story too. Admitting our own weaknesses and foibles is a first step towards making Our Lord’s summary a matter of heart, soul, mind and practice.