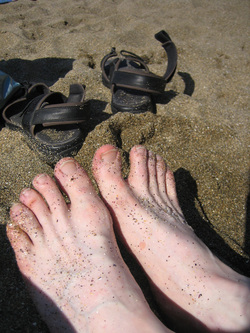 He was a finalist – one of only five – in a major national competition covered on TV across several nations. Many locals congratulated him  and wished him well. Amongst his immediate colleagues, however, those who did the same job he did, not a word was said. It was as if the whole thing had never happened. Never mind the extensive coverage in the local press.  Why?

Was it rivalry, jealousy, envy? They are all powerful motivators
that can easily get the better of any of us. Are these the things that are going on at Nazareth? Who does Jesus think he is? Not long ago he was scrubbing around  for jobs to keep his family in food. He’s not much of a carpenter anyway? Who does he think he is? That brother of his is scoundrel, his sisters – well? And wasn’t there some scandal about his mum when she was very young? Such thoughts  seem to have come to people’s minds quickly. Astonishment turned to incredulity which turned to hostility. They couldn’t see any good in him.

That’s the thing about prejudice; it obscures your vision. That’s the thing about familiarity; is closes you down to fresh possibilities. That’s the thing status and rank in a neighbourhood; it so easily masks changes that  are resented. And the upshot is that they miss out. They find it impossible to see Jesus for who he is; that can’t bring themselves to recognize what’s unique in him; and they can’t learn from him. The benefits of what might have been are totally denied them. That’s what prejudice born of familiarity does – closes you down to what could be life enhancing.

That’s the question this incident poses for each one of us. When have I let familiarity, stereotypes, and plain envy get in the way of what God offers? When have I closed down the possibilities by my assumptions about this or that person or circumstance? What might have been on offer if only I’d been more patient, more open, more willing to listen before jumping in, or turning way? Where have I rendered God’s mercy and hope powerless by my failure to give
worth to someone or something I’ve entirely taken for granted?

Did you notice the crushing consequence of the people’s fickleness and hostility: ‘he could do no deed of power there.’ Where vision is marred by rivalry, envy, and complacency good things are denied them – or they deny themselves. When we are unable to bring ourselves to see that God can achieve remarkable things in the most common of circumstances; there we lose out, big time. God does do without us what he purposes to do with us. So Jesus isn’t powerless here because he can’t do anything; rather he is powerless because it is not his way to do things by imposition. His power is gracious.  When we are unwilling to receive that grace it is effectively powerless. That’s the nature of love – its power is given freely and we may turn from it. Its power remains but is rendered powerless because the one loved refuses  it.

Isn’t that why the failure to give a child love has such desperate consequences later? We each of us learned that good things come with love received when we’re knee high to nothing. If we don’t learn that early on it’s all the more difficult to trust oneself to love later. If we can’t trust enough to receive giving is problematic too.

At Nazareth there’s a kind of collective madness operating. A crowd mentality rules and everyone seems to go along with it. Where are the dissenting voices? Mark offers us none. It’s so easy to be in the grip of a crowd’s temper; unable to raise any alternative outlook. And to think that this should happen when Jesus is known to them all? The insider is rendered an  outsider by this ‘group think’ and there’s no one brave enough to challenge it. Do we recognize that tendency in ourselves. The judgement may not even be my own. The contempt that turns from what might be learned and received may be no  more than acquiescence to the crowd.

Yes, the story asks questions of our own discipleship. It’s not just about ‘them.’ But there’s another side to it as well. After they’ve left Nazareth, Jesus sends the disciples out in pairs to engage in his purposes but without his direct assistance. We’re to assume that the rejection at Nazareth is still very much in their minds. The disciple is not above the master – what happened to him will happen to them. But they are to take heart from that, as strange as it may seem, and do as he did.

Our call as disciples is to be faithful in doing what Jesus did. What response we shall meet isn’t our responsibility. Be faithful in witness and move on. If you are received; that’s all well and good. If you are not, be gracious in ‘shaking the dust from your feet.’ There’s no Jesus way to force it.