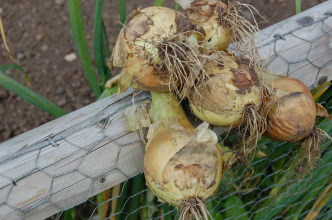 Horatio Bottomley was the kind of Jeffrey Archer of his
day.  A brilliant journalist, flamboyant speaker, entrepreneur, and politician. At the turn of the last century he had interests in 50 companies and controlled something like £20m of capital - quite something in 1900!  Within 20 years he had been bankrupted several times and was imprisoned for fraud. One of his old acquaintances visited him in prison and was surprised to find the former raconteur busily sewing mail bags  - "What you Bottomley, sewing?"  "No" was the reply, "I'm reaping."

Sowing and reaping; actions and consequences are what I
want to speak about.

You may gather from the way I speak that my origins aren't from around here.  Come with me for a few moments back to countryside of my youth. The lush green fields, winding lanes and wide lofty hedges of north Wiltshire.  The harvest of early summer with its first cut of hay turned and turned again in golden sunshine, the dust and pollen in billowing clouds and that rich smell of cured grass.  The days weren't long enough because there was joy in the work - Tom on the tractor paused for a while to eat his snap there in the field, brought to him by his mum, my great aunt Dolly - lashing of strong sweet tea, or cider cool from an earthenware jar, depending on the time of day.  I would hump bales about until it was too dark to continue - just for the fun of it!

But the late harvest was perhaps best of all - the things of garden and orchard - tea chests full of big round Bramley apples, potatoes, carrots and beet carefully handled so that they would store right - we used clumps in those days.  And the onions, oh the onions, my favourite because my Granddad had a shed devoted only to the storage of onions on airy wire shelves in darkness.  Oh the smell in there - perhaps that's why in adulthood onion, cheese and beer seemed to me to be the food of heaven!!

Harvest wasn't however just a thing of farm and garden - those lofty wide hedges figured too with plentiful supplies of brambles, haws, hips, crab apples and sloes - jams and syrups and jellies and wines.  It was all there for the taking as if
to underline by the very ease of availability the superabundance of God's providence in things wild as well as cultivated.
"For the Lord your God is bringing you into a good land … "  Despite all the problems, all the dilemmas, all the troubles and worries, the world is a source of abundant living and this is God's intention.  His gift to Israel was prosperity - "a land flowing with milk and honey" and peace - "people will sit under their own vines, their own fig trees, undisturbed."
Its so easy to spiritualize things - to talk about peace in our hearts and other-worldly kinds of satisfaction removed from the everyday, but that's not God's way. Scripture is much more mundane than that in the sense of down to earth, everyday realities of existence, work, effort, worry and enjoyment.  Sowing and reaping: action and consequence.  We pause to think on these ordinary things so often taken for granted.  To think of the good things of what on other days we often think of as just a slog.

One of advantages of being a cleric is that your have to get up early on Sundays so I often hear Farming Today.  There is catalogued all the problems and difficulties that don't figure often enough in so-called mainstream broadcasting - unless there is summer flooding or a foot and mouth outbreak.  The programme rehearses the vexations of commodity prices, set-aside, supermarket dominance, the ageing of the farming community, capitalization of farm and equipment, bureaucracy, labour shortages, the demise of small producers, diversification, and all the rest.  I'm often amazed at how often commercial business training figures in the conversations.  And yet through it all the fundamentals of something profoundly life sustaining stills figures in farmers descriptions of themselves:  She says, "Its such hard work, but people keep coming back to us for more so we must be doing something right."  Another, "The land is being worked as it should be and I feel good about that."  He says, "My animals are treated well and I think that's comes through in the meat."  Time and time again the thought is expressed that despite the many and deep concerns there is something about growing, husbandry, cultivation that is profoundly sustaining in more than the literal sense -that's what we celebrate.  Reaping and sowing;
action and consequence.

In my last parish job I liked to introduce some new hymns and songs occasionally.  I think they went down well - most of the time, but not at harvest.  People used to tell me thy wanted the old harvest hymns, and, of course, in many of them reaping and sowing figures large.  But, I'd say, yes they are very traditional but the way they use the illustration of reaping and sowing doesn't make sense now - its all about judgement and hell -

For we know that thou wilt come,
And wilt take thy people home;
From thy field wilt purge away
All that doth offend that day.

One day the heavenly Sower
Shall reap where he has sown,
And come again rejoicing,
And with him bring his own;
And then the fan of judgement
Shall winnow from his floor
The chaff into the furnace
That flameth evermore.
O holy, aweful Reaper,
Have mercy in the day
Thou puttest in thy sickle,
And cast us not away.

Doesn't matter Vicar, we still want to sing them!  Perhaps they were right and I was wrong.  To our forebears sowing and reaping stood as a symbol of our lives and God's ultimate judgement on them.  Maybe that's a message we need to
hear.  Actions and consequences.

Do know the difference between heaven and hell? Here's one answer I heard recently. Heaven is where the cooks are French, the police are English, the mechanics German, the lovers are Italian, and everything is organized by the Swiss. Hell
is where the English are the cooks, the Germans the Police, the French are the mechanics, the Swiss are the lovers and everything is organized by the Italians! There's stereotyping for you.

Basically, of course, the difference between heaven and hell is grounded in the old truth that ultimately you will reap what you sow. That's why those old harvest hymns dwell on judgement. Are we the ones who recognise the blessings of life, and sow those blessings for the future? Or do we keep to ourselves what we're given? Are we productive people? Our harvest home is a symbol for that in every aspect of our living.

Those Victorian hymn writers weren't romantic fools. They wrote those hymns out of the chaos of urbanisation and industrialisation, they wrote them against a backgound of the Irish potato famine, and the corn law turmoil here. They knew well enough that not all sowing is productive, and the harvest is often a struggle. There's a realism here that can speak to us in the days of price chaos, uncertainty, and threatened animal health crises. Look to coping, looking to growing something good in shared endeavour and mutual support. Let's keep with the metaphor of seeds sown- to be conscious that we sow, and hopefully proud of what we grow.

Who was Albert Einstein's arithmetic teacher in the secondary school? Who was Paul McCartney's first music teacher?  Who introduced Francis of Assisi to the stories of scripture and the delights of the natural world?  Who was Billy Graham's religion teacher in junior school?  Whotaught Winston Churchill to think and use rhetoric? Who planted the seeds of
future greatness? Somebody did! How small the beginnings, how great the outcome.

When US president Abraham Lincoln met Harriet Beecher Stowe, author of Uncle Tom's Cabin, the book that exposed to full public gaze the horrors of slavery in the American South, he remarked, "So this is the little lady who started the big war."  That's where Saint Paul's words hit home:

What are we planting in our children, our friends, our co-workers? What "big war," as it were, are we seeding?  And who
seeded you, made you what you are, put value, meaning, and grace into your life?  We bless God in the harvest
as we ourselves are blessed, and we seek to be a blessing to others - to sow that there may be a reaping. Strange how often that idea also comes up in the conversations on Farming Today - we're looking to the future, we're turning things round, we've got plans.

The story is told of a strange sight seen on one of the plains across which the Nazis invaded Poland.  The road was full of people fleeing, guns were firing and shells exploding all around, and there on the horizon walking a harrowed field was a
farmer casting seed. "What are you doing?  You're mad.  How can you work when the war is raging about you?"

He replied, "I plough, I sow.  If I don't reap the harvest another will.  My barn may burn, but seed in the ground will be safe.  It'll grow."

Sowing and reaping.  Action and consequence.  Looking back and looking to the future, we bless God as we have been
blessed.