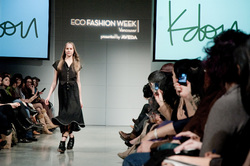 If I do a twirl what do you think?  [Preacher turns around to display robes as a fasion model would] Is this the gear you expected me to be in?  Is it appropriate to the occasion?  Have I got my colours right?  Is this the right image for what we’re about?  Will you trust what I say?  Don’t mention my hair style!  Does my get-up help or hinder you engaging with what I say?

I only ask because I’ve been struck by the number of times the clothing and dress style of our political leaders gets mentioned in the press. President Obama often gets plaudits. German Chancellor Angela Merkel often gets criticised. In the leadership debates prior to the last election in the UK the style and fashion commentary often caught my eye – well it would, wouldn’t it, given my amazing fashion sense!  One commentator said the then Premier, Gordon Brown, started off looking all dishevelled.  Somehow his clothes were all out of  place.  Mr Cameron, the challenger, was the most sharply dressed, with a much tighter tie knot that his Labour rival.  Mr Clegg’s grey suit, the Liberal Democrat leader, was all wrong, the expert continued, since the lighter your suit, the less authoritative you look on television.

That’s a real worry.  Do I look authoritative enough as a preacher?  You, God’s church, set some people apart, to speak to you authoritatively from this amazing thing called the Bible.  That authority rests on the Bible itself, on the living tradition that we call the church, and on a God given vocation.  If a politician can muck up his chances of being taken seriously by wearing the wrong colour suit, then what does having a cassock on askew do to a sermon?

What’s he talking about?  Well, here’s a genuine review of a sermon: We were somewhat distracted by the preacher's rather fine doctoral gown, and the crucifer's rainbow stole.  Perhaps the sartorial experts are right.  There’s much to hinder getting a message across.  David Cameron is dapper, but that can make him less believable; Gordon Brown
dishevelled maybe, but that makes him look more real; Nick Clegg got the colour wrong, but you can’t help noticing he looks relaxed in his clothes. What hinders, what helps?

Of course, it's not only dress.  Actual worshippers again: It was cold, very cold (probably because I was seated next to the window) and I had come in out of a downpour.  Regulars were offered cushions but we were left to the cold and very hard pews.  The microphone was not working very well and people kept tapping it to see if it was amplifying their voice. So much to distract, so much to hinder, before you get to the really important stuff, or indeed to hinder how you get to
know what the really important stuff  is!

Let’s shift the scene to another political debate.  The church council in Jerusalem – a kind of cathedral forum – it’s the year 50, say. The meeting is washing the floor with Peter – ‘You did what?  You had a meal with them?  What do you think
you’re doing?  What gives you the right to overturn the way of life we’ve followed for centuries?’ Peter, this is too much, you’re not fit to be called a Jew, let alone be our leader.’  Yes, this is a leadership debate rather than a debate of the leaders.

Fundamental is the distinction between Jews and Gentiles.  This isn’t about how you tie your tie, this is the stuff of principles. It’s about being God’s special people, about living up to God’s calling.  Who is Peter to just throw these things aside?  We can’t eat unclean food and we can’t eat with unclean people, and the Gentiles are unclean people by definition.  To eat with them is like spitting on God’s Temple here in Jerusalem. Would you eat something that a carrion crow had been pecking over on the roadside?  Of course not!

Peter was well aware of all this.  He was a devout, believing person, proud of his heritage, clear about what community gave him identity, made him him.  There’s a stunning reversal here of everything he had formerly believed and practiced, remember he said "nothing profane or unclean has ever entered my mouth." And Peter takes some convincing himself. Three times the vision comes to him of profane beasts available as meat.  Three times – just like his three denials of Christ when arrested.  Three times – just like the risen Christ’s threefold commissioning of him on the Lakeside – feed my lambs, tend my sheep, feed my sheep.  It was hard for God to get through to Peter.

It is hard for God to get through to us.  Just like Peter, just like the Jerusalem meeting, we habitually turn away
from what we feel isn’t conducive. Putting our own preferences, our own predilections, our own prejudices, before what God is saying.   Gospel means good news not ‘good olds.’  God asks us to shape our discipleship according to godly standards not  the standards that suit us.  And those standards often come to us as shockingly new, disconcerting, and
uncomfortable.  Often that means learning something new, admitting something we hadn’t thought of, recognising
the godly worth of something we would naturally dismiss.  It’s the music you don’t like here that God uses first.  It’s the people with whom you don’t feel an easy affinity that God is asking you to learn from.  It’s the experiences of life that you’d rather avoid that are the most fertile grounds for meeting God.  To paraphrase Peter, ‘Who are you, who am I, that we should hinder God?’

What we need most, what the churches need most, is the ability to get out of the way and let God be God.  That’s what Peter discovers.  That’s what the Jerusalem forum has to concede.  Never mind the cut of his suit, never mind what I find easily conducive, never mind what appeals to me, to you.  Let God be God.  Be alert to good news – new ways of being, doing and understanding. In Acts, we witness the disciples' shocking discovery that they are not the only ones invited to new life.  Even the Gentiles, the "unclean," are welcomed to the table.  Yes, Peter, you got it exactly right when you said: Who was I that I could hinder God?

Who indeed?  But before we scoff at the disciples arrogance, we must look at ourselves, at our own discipleship, at our own pride, at our prejudices.  Where does the same malaise distort what we do and how we represent Christ to others? Who are we that we should hinder God? We, whose, opinions are diverted by the colour of a man’s suit, the strength of his tie knot, or his crumpled trousers?  A fickle people so easily diverted, so easily prey to hurtful prejudices, so easily influenced by what panders to our own outlooks and concerns?

That great Biblical scholar and preacher Walter Brueggemann puts it this way:

'Peter ends with a rhetorical question: “Who was I that I could hinder God?”  Peter is nobody who could stop God.  Nor could his companions stop God.  Nor could the readers of this narrative, ancient or contemporary, stop God.  God is reaching out to include all who have been excluded or regarded as second class by our tribal passions.  Peter knew that he and all the followers of Jesus are under a new commandment that readily violates usual social arrangements (John 13:34-35).  The  Spirit that crosses boundaries is the presence of the risen Christ.  We who confess Easter are recruited to move in generous love across all the boundaries of “clean and unclean” ... citizens and immigrants, Jews and Muslims,
gay and straight, rich and poor.  All can “turn” (repent) toward God’s newness (Acts 11:18).'

Stop hindering God.In what doesn’t suit.  In what isn’t conducive.  In what is disconcerting. Let God change your mind, change your heart, and form your soul anew in the likeness of Christ.