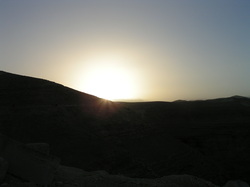 ‘Cry, the beloved country, for the unborn child that is the inheritor of our fear. Let him not love the earth too deeply. Let him not laugh too gladly when the water runs through his fingers, not stand too silent when the setting sun makes red the veld with fire. Let him not be too moved when the birds of his land are singing, nor give too much of his heart to a mountain or a valley. For fear will rob him of all if he gives too much.’

Those words were written by the white South African author, Alan Paton. They come from his haunting tale of apartheid South Africa, Cry, the Beloved Country. It concerns the search of a humble black priest, the Reverend Stephen Kumalo, for his son Absalom and his sister Gertrude, who have gone to work in Johannesburg and have not returned. In the course of his search Kumalo leaves his impoverished rural parish and travels to Johannesburg, where he finds that his sister has turned to prostitution and Absalom has murdered the son of a white farmer. The numbing hurt of all this is made plain; the costliness of love.

‘Let him not love the earth too deeply. …. For fear will rob him of all if he gives too much.’

The first day of Advent – we look with anticipation to the joys of Christmas – but there is something unreal about the vision. The American poet Henry Wadsworth Longfellow wrote in 1863 a poem that became famous and was later made into a Christmas carol; these are some of its verses:

I heard the bells on Christmas Day
Their old, familiar carols play,
and wild and sweet
The words repeat
Of peace on earth, good-will to men!

The very joy of the bells underlines the harsh reality of a peace that isn’t. Who hasn't felt like that? Wars, tyranny, destruction – that’s the way it is – and the media bombards us with the reality, day by day. It’s all too easy to be pessimistic about the present and future of our earth and our human society. If not on a grand scale, then at least in the personal hurts of a good man like Stephen Kumalo. It’s no coincidence that Longfellow wrote Christmas Bells after the
death of his eldest son in November 1863 as a result of a battle wound sustained during the American civil war. Longfellow wrote the poem on Christmas Day that year. Charles had joined the Union army without his father’s blessing.

How different were those personal experiences to the idealistic vision of a prophet named Isaiah we heard in our first reading. He sees a day when all the nations of the world will stream to Jerusalem (the very name ‘Jeru-shalom’means ‘City of peace’). They will come to submit themselves to God, to learn and follow God's ways. And the consequence will be that they will ‘learn war no more’. The things of hurt and harm will be done away with. Swords will be transformed into
ploughs; spears into pruning hooks. All the money, all the time, all the energy, put into hurt and harm will be converted into healing, and tending, and feeding. War will be done away with, and all those associated things of violence and
harm. God will rule over a world of peace, justice and love. Isaiah sees this peace extending into the whole created order, so later in chapter 11 we read:

'The wolf shall live with the lamb, the leopard shall lie down with the kid, the calf and the lion and the fatling together, and a little child shall lead them. The cow and the bear shall graze, their young shall lie down together; and the lion shall eat straw like the ox. The nursing child shall play over the hole of the asp, and the weaned child shall put its hand on the adder’s den. They will not hurt or destroy on all my holy mountain; for the earth will be full of the knowledge of the Lord as the waters cover the sea.'

God's will is for total peace, according to Isaiah. That’s the vision of God; that’s what God is working in his people to achieve. This is not naivety, but a vision to work for, a vision to have constantly in our minds. The terror of reality, generally or in the personal experience of a Stephen Kumalo or Henry Wadsworth Longfellow, must not have the last word, must not be the controlling thought. Isaiah steels our minds and spirits to work with a vision of hope.

That brings me back to Alan Paton, the author who wrote the tragic story of Stephen Kumalo. Paton had a dream. He dreamt of a new day for his beloved country. A day in which there would be justice and equality for all – black, white, Asian and mixed-race – in his homeland. So he entered politics, and became a leading light in the Liberal Party of South Africa, and he strove to end the iniquitous system of apartheid. For decades he followed his dream, working generously and
courageously to make it happen. Much of Paton’s work came to nothing – the Liberal Party ended, its methods and ideology not only redundant but alike despised by reactionaries, reformers, and revolutionaries. His notion of the peaceful end of Apartheid was a dream, it was said; a dream that would never be realized. Yet it was. Unfortunately Paton didn’t live to see it – he died on the 12th April 1988 and South Africa’s first multi-racial democratic elections didn’t take place until 1994. He died before the dawn.

Some dismiss Isaiah’s vision of the holy mountain as mere day-dreaming. Others say it was all realized at the first coming of Christ. Yet others concentrate their thoughts on the second coming of Christ. Yet I can’t help but think that Isaiah’s dream is for us a vision to live by, right now. St Paul said ‘the night is far gone, the day is near,’ it’s time to put on the light of Christ as our armour against despair, cynicism and harm. Isaiah’s vision is not naïve day-dreaming; it is the mountain (v.2) towards which we travel in hope. The hope that must shape your our lives, steel our souls, and fire our determination.
Let the peace of God be our goal and our action.

Anything less leaves us to the threat of indifference or despair. Longfellow in his awful grief saw that and ended his poem:

Then pealed the bells more loud and  deep:
"God is not dead, nor doth He sleep;
The Wrong shall fail,
The Right prevail,
With peace on earth, good-will to men."

What began in the pessimism of a war weary world made too real in his own loss ends with an alternative – the alternative Isaiah provides. Longfellow turns his sight towards the mountain of God’s hope.

Alan Paton’s biographer ends his life story like this:

‘He glorified God in loving his fellows. He hated the power-hungry, exercised intelligence andindependence, and had faith in the decency, tolerance, and humanity of the common man. He liked to quote the praise of Sir Robert Shirley, who, “did the best of things in the worst of times, and hoped them in the most calamitous,” and they were words that applied to himself. He showed immense courage, not least in never abandoning hope of a better world, not attainable in this life,
but certain in the next for those who kept faith. His was a life lived to the full, and lived unstintingly. He fought the good fight to the end; he ran the race to the finish; he kept the faith.’

And the title of Paton’s autobiography?

May we claim the same title for our lives?