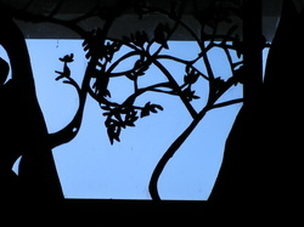 It was one of my great mistakes of public speaking.  Let me tell you about it.  I have a dear friend, a Methodist Minister, who is brilliant at what you might call interactive public speaking.  You know, engaging people in a more than purely cerebral kind of way.  For example, I remember him demonstrating how women labourers in a part of the world of which he had much experience manage to breast-feed their children whilst continuing to hoe or pick crops.  It needed a blanket and a doll as props – I leave the rest to your imagination.  Anyway, for years Stephen and I have swapped ideas for these presentations – though I must say I’ve never actually done that one.  It was another one of Stephen’s talks that was one of my greatest blunders.

This one was about the inequalities of the world trade system.  The structure was simply this.  You talk about any related topic you like – commodity agriculture displacing subsistence agriculture, the pricing structure of the banana trade, women’s labour in an African village, the way coffee is grown in Central America – anything actually, but as you talk you take handfuls of sweets from a large pack and through them to your audience.  But here’s the rub – every time you throw the sweets you throw them to the same area of your audience, so that the same couple of dozen people get the sweets over and over again.  It makes the point about the inequalities fostered by world trade very forcibly.  I tried it amongst 250 secondary school children and it worked like a dream.  That’s what led me to a big mistake.

I was the new Vicar and the local primary school asked me to speak at their harvest assembly.  Without a second thought I decided on Stephen’s sweet bag gambit.  Oh dear, almost a riot.  Teachers had to take their classes aside after the assembly was over, to try and calm things down, the children were absolutely outraged.  The point of my actions as an illustration about what the harvest in our world is like was completely lost.  Stupidly I had asked of very young minds a level of abstraction that was beyond them.  They could see no further than, “It’s not fair.”  Indeed their innate sense of justice was so outraged by what I had done; they were unable to hear a word of what I had said.  Children, they were almost exclusively under 11 years of age, have a profound sense of what’s fair and my actions had affronted that in a big way.  “It’s not fair.”  [I did fortunately manage to regain their confidence later!]

At first sight it is so simple and straightforward a story.  A landowner is at the hiring fair to get labourers.  It’s a story of work and pay.  At work’s end, the labourers hired last are paid first and they receive what the first group had agreed on for a whole day’s labour.  So when it comes to those hired first thing in the day, naturally enough they were expecting more.  Instead they got what they had originally agreed on – the same pay as the ones who had worked but one hour.  “We’re not having this,” they shouted, “it’s not fair, we’ve sweated our guts out all day long in the blazing sun and you’ve paid us the same as those who’ve worked just an hour in the cool of the evening.  The landowner comes back at them, “Hang on, we agreed the rate at the start of the day, and what we agreed is just what I’ve paid you.  So take your money and push off.  I can chose to pay whomsoever I like what I like.  If I decide to be generous and kind, that’s nothing to do with you.  Your jealousy is pointless.”

But it’s not fair!  People have been lynched for less.  In similar circumstances any one of us would feel deeply aggrieved.  It is not fair!  Indeed by extrapolation, it is not just: unjust, unjustifiable, shameful, illegitimate, partial, immoral, simply unfair.  Yet there it is in Matthew’s gospel – God’s kingdom is like a landowner who unfairly pays his labourers.  Life shaped by God’s reign is like this – we are being told just what is the lifestyle of Christ’s new community.

Let’s start with the hiring itself.  Day labourers were a common sight in the agora, the marketplace, waiting to be hired.  Something familiar enough in our own society until recently – dock labour, farm labour.  Hiring mops, where I come from.  It’s a system of labour dependent on poverty, always to the advantage of the hirer, where crime and duplicity all too easily bred [cf Marlon Brando in On the Waterfront].  In ancient society, such available for hire labourers were worse off than slaves.  A slave owner has a long-term investment in a slave in order to get the best return.  There was no such commitment to day labourers.  These were the ones thrown off the land because of debt, or forced from tiny land plots that simply weren’t big enough to support all the people needing food from them, or those who for a host of reasons had no access to land.  As one commentator (Warren Carter) puts it, the involuntary marginals coerced by socio-economic and political forces beyond their control, the unclean and the expendables, who did despised and sporadic work: day labourers, the destitute, some slaves, those dependent on alms, women without familial support, the diseased and the physically maimed, criminals, and prostitutes.  For this, the lowest rung of the social ladder (perhaps off the ladder altogether!), life was unpredictable, marked by unemployment, malnutrition, starvation, disease, minimal wages, forced removals, and begging.  They were the expendable.

The landowner is at quite the other end of the social spectrum.  A vineyard requires capital investment.  Peasant farmers just managed to eke out a living from one harvest to the next.  A vineyard owner by contrast had enough money to invest for years.  When profitability came it was astonishing by general standards – but it required investment, waiting.  His great wealth is perhaps emphasised by the fact that he can go and hire again and again and again, if he so chooses.  He doesn’t have to worry about balancing the books.  Any way at a denarius a day that was hardly likely to be a problem – as far as we can tell that is not a generous rate of pay – it is just what cheap labour could expect.  Notice that only the first hired had an agreed rate of pay, for the rest only what is right is stated.

It is right for the labourer to be paid at the end of the day (see Deuteronomy 24), but that is about as far as the landowner can be seen as being right in the eyes of the labourers.  What he does is not normal practice.  They expected differentials on the basis of performance.  They expected the superiority of some to be reinforced at the expense of the others.  Instead of using wages to reinforce distinctions, the landowner uses them to express equality and solidarity.  He evens out the distinctions.  The one with great wealth, the one with the most to lose if egalitatarianism rules, does the surprising thing.  This isn’t the expected by any stretch of the imagination.

This is isn’t the world as we so easily accept it.  This story knocks against those competitive drives whereby the oppressed acquiesce in the elite’s divide and rule strategy.  No wrong has been done – at least in terms of agreement, but I think the landowner is a wrong’un.  After he does the strange thing he goes on to justify himself on the basis of elitist privilege – he can do just what he likes with his wealth.  That privilege he asserts has enabled him to do what is good, that is to treat them all equally.  This is the Godlike thing that is done.  It should not elicit jealousy or envy.

In God’s empire the disciple should always look at social relationships and social structures from this egalitarian perspective.  So the last will be first, and the first will be last.  God’s reign challenges hierarchy and patriarchy – there is an alternative way of life and it is transformative.  The irony is that the landowner, of course, has the most to lose (and to gain) in this.  He becomes the cartoon character whose exaggerated action is larger than reality but discloses something vital and truthful about reality.  Christian households will be shaped by a new reality that has nothing to do with fairness.

I think we should rejoice in this.  Which of us can come anywhere near the justice and love of God?  In comparison with God’s love our efforts are very poor and always tainted with self-concern.  What hope have we of fairly deserving God’s love?  None at all.  So I thank God that God is not fair.  We cannot earn what God gives.  There is no way God can be in our debt.  This is a theological point, but not only a theological point.  The parable asks us to live this alternative lifestyle where what counts isn’t the pecking order, isn’t labour put in, isn’t the social status we accrue, isn’t ranking according to social or economic position.  No in the household of God different norms apply.

In Matthew, this different way embodies the way of the cross:  Jesus told his disciples, ‘If any want to become my followers, let them deny themselves and take up their cross and follow me.’ (16.24)

Disciples live a marginal existence, as societal participants yet as outsiders, over against dominant social values.  Their households resist hierarchical and patriarchal patterns and embody God’s empire in more egalitarian structures.  This dangerous and subversive stuff, but it’s the stuff of discipleship.  In every circumstance we can depend on God’s “bleeding heart charity.”  Thank God, God is a master who always makes mistakes on payday.