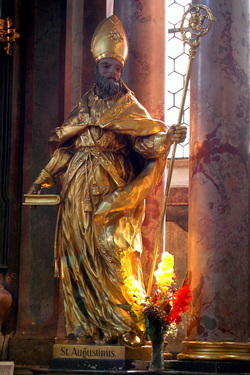 Michael Joliffe's house was in Station Road - just the same as everyone else's except it had a sign at the roadside that said Wiltshire Constabulary. I remember he had a rather lovely daughter. He was often seen about the village on foot, on a bike or occasionally in
a blue van.  The village police officer.

Miss Taggett was always about - hardly a day went past when her grey Morris Minor car didn't screech past you, - over-revved and in too low a gear. She was the District Nurse and you could literally hail her down as she roared past if you needed her.  She wasn't above coming to a sudden halt and jumping out either if she saw a need.  Much to my mother's
embarrassment she once stopped to remonstrate with her about telling me off at the roadside - 'you shouldn't be shouting at that child' - my mother has never forgotten the rebuke.  Passing on parenting skills was certainly hands on with Miss Taggett.

Reg Poole was always immaculate in his braided Station Master's uniform. Pipe in mouth, he was the king of the station domain of porters, drivers, and signalmen. He it was who usually sold you a ticket, and sometimes stoked the fire in the waiting room when he noticed it getting low through that little window from which he peered.  If Mr Poole was on duty you couldn't get away with a thing - if he wasn't and say one of the Porters was on duty to close things down after the last train to Swindon it was possible to get a ride on the tank engine as it was moved from one end of the carriage across two sets
of points to the other end.  How disappointed we were to bike to the station early evening and see that braided
cap on the platform!

Gwyn Davies was the school Headteacher, he lived in the house at the end of the school building.  His proximity meant
that he could never be anyone but Mr Davies to just about the whole village.  I never heard anyone call him Gwyn except his wife.

Windsor Hope was the Vicar.  He taught every Tuesday morning at school - painting in coloured chalk elaborate pictures of
biblical stories on the chalkboard. It was rumoured that he was a war hero, but though the letters MC never figured after his name nor were ever mentioned.  he knowledge of it was enough inspiration to small boys addicted to the Valiant other such militaristic comics.

Mrs Soul was the local music teacher and the daughter of a former Vicar. She always seemed in another world.  We thought her rather strange - she wore gloves even in the summer - but generations of child made their way to her
for piano, and singing and organ lessons.

Jack and Dorothy Badger were the Postmaster and Mistress. Their tiny office was a kind of doorway to the world - with a postal order and an international reply coupon you could get an answer from just about anywhere on the globe.  He it was who introduced me to a fantastic volume called the Post Office Guide that gave you the low-down on all the rules of the International Postal Union and where the most remote fellow Postmasters in the world could be contacted if you had the patience to wait for the passage of the ships.

David Cooke - like his father and grandfather before him - was the local joiner and general builder.  That very longevity was the guarantee of his workmanship.

I could go on and name to you a baker, a printer, a publican (also barber), a taxi driver, a haulier, and more besides.
Sounds like something out of the children's stories of Postman Pat doesn't it?  But I don't mention them out of sentimentality about my childhood or nostalgia for a village way of living now gone.  No, I want you to notice just one thing about these characters - they all had a reputation consequent on their being known to those around about them.
Those reputations were taken pride in - not just by the individual's concerned but by the community in which they existed.  It was as if it was tangible good.

It was something that could be absolutely relied upon by everyone - you could trust Jack Badger with all the details of your financial circumstances and if a prescription needed delivering it would be there - you hardly had to ask and no matter that it wasn't Royal Mail business.  If Gwyn Davies had ideas about your child's future this had to be taken with the utmost seriousness.  Yes, children did go to the station to watch trains and natter with the railway workers but no one worried for their safety because Reg Poole could be trusted.  For birth and death and every crisis in-between Miss Taggett was unflappable and utterly reliable.  No saints these folks, they made mistakes and got into muddles and rows sometimes, but their reputations remained intact - these were people to look to, to depend on, to trust, to honour - though not in any grandiose sense.

Commonplace reputations - something we all aspire to in one way or another.  And we put that little word 'good' in front of the description to make the point - good neighbour, good wife, good student, good worker, good friend, good colleague.  A good reputation is born of virtue it comes from what you've done and do:Its all there in the Isaiah passage.

If you do these things, live these virtues you will be the repairer of things broken, the restorer of community - the good neighbour, the good husband, the good student, the good worker, the good friend, the good colleague. You will ride upon the heights of the earth - the reputation of Jacob shall be yours.  Your inheritance a reputation that cannot be diminished. A reputation like fresh water that never runs dry.  To have a good reputation is to be considered of worth by all - that's Aristotle's definition of more than 2300 years ago!  That veteran UK politician Tony Benn has been trying to persuade us for years that its policies that count in politics not personalities - but I don't think he is right - policies are vital but reputations are key to their achievement aren't they?

Luke the Gospel writer was profoundly concerned with Jesus' reputation.  In fact he mentions it 37 times.  Public reputation is the very bedrock of Luke's claims for Jesus. Here is someone worth following, worth your respect, worth indeed your all.  This was recognised over and over again by those Jesus met and dealt with.  His reputation tells you this.  Its there again in today's in the story of the healing of the crippled woman on the Sabbath.  The religious leaders try to work up the crowd against Jesus - 'You know no work should be done of the Sabbath; this can't be something of good, this can't be the effort of someone worthy of respect because it goes against all that we hold dear.  He flouts the
very things that hold us together as God's people.'

'Hang on,' says Jesus, 'none of you would hesitate to give water to you donkey on the Sabbath and yet you deny the waters of healing to this women.  In fact you don't even recognise her for what she is - a daughter of Abraham - a sister in the
faith - not someone to be despised because she is bowed down with suffering and pain.  You're doing Satan's work, not
God's.'

The healing and Jesus' justification turns the tables - the religious leaders are put to shame, and the honour, the reputation is given to Jesus: 'the entire crowd was rejoicing at all the wonderful things that he was doing.'

Guard your own reputation. Guard Christ's reputation.  These are refreshing waters that will never fail if only we honour them aright.