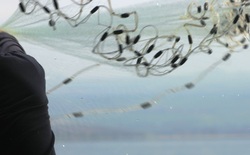 I keep being told vision is the thing. Create a vision  that people are willing to buy into and you’re on your way to influence, success, and growth. That’s a Golden Rule that applies everywhere. Good leaders
are made by vision creating capacity. Go get yourself a vision and you’ll be on your way. I’ve been told it so often I am beginning to believe
it.

What no one has said, however, is that visions fade. Projects begun with great enthusiasm – great vision –don’t necessarily achieve their ends. Years ago I ministered from a Victorian Church that had been raised
by a great vision. A small group of people, including one of my predecessor clergy, had determined that there should be a church building to serve this particular part of town. They raised a public subscription and the cash rolled in. The building was created and a vicarage bought – one of the achievements of Victorian optimism and the rigour of vision that went with it. Except looking back in the records it became plain that the building although usable was never actually completed. It had a fine bell tower but no bells, a roof that leaked from the moment it was made, and a vicarage with no garden because the money ran out and the land was never purchased. Vision fades – all too often.

I remember when I was at theological college a spouse of one of the lecturers became a little too vocal at a party. ‘You’ll all become bored and boring clerics one day,’ she said. She meant our youth enthusiasm and talent would wane under the pressure of the realities of life. Our vision would fade. And sure enough in this, as in any occupation that relies on ready
volunteers, you soon come to appreciate that every congregation is a two way street: as well as those who are becoming more committed there are always those whose enthusiasm is waning. There is a flow out as well as a flow in, and
sometimes that ebb seems disturbingly large and powerful. There is much to knock a vision of a vigorous and healthy church.

‘And Jesus said to them, “Follow me and I will make you fish for people.”’ But the rejoinder comes, ‘Ah, but it was different for them.’ They knew the reality of Jesus alongside them. No matter what they were up against they had seen and heard him, walked and talked with him. Their experience was unique and unrepeatable. The church has always said ‘NO’ to that sour estimation. Instead it has always claimed that the call countless men and women have heard across the centuries is essentially the same call that those first disciples heard. That the call to share the vision is just as enticing and
just as powerful for us as it was for those fisher folk of long  ago.

Our God is a responsibility sharer. Jesus calls them to fish for people. They are not his stage hands to merely move things about and look after the props. No, what Jesus is about, they will be about. From the first the followers were themselves a part of the mission. God shares the task – always. Do you remember that day when your mother or father let you take the
family car out by yourself for the first time? What a responsibility! What a trust! God does that every moment of every day. And yet he knows our fickleness – our over-confidence, our eagerness to forget our responsibilities, our
self-obsession, our lacking of staying power.

And that takes us to the second quality to recognize in this calling God. Our God asks us to see things differently. Jesus proclaims the  good news and with it comes the call to repentance. In other words hearing the call changes us – from somewhere deep within. Apart from the Gospel we think of  ourselves in one way, but with it we see ourselves in a diametrically opposite  way. Are these fisher folk only good for rowing and net-knitting, or are they apostles of God who may go to the ends of the earth?

In the non-gospel view of ourselves it’s all too easy to feel threatened, at risk, likely to be under attack (by people, the world, life, death, God, whatever). We become defensive and ready to ward of the enemy. You know what they say – attack is the best form of defence. So we easily become aggressive. But the gospel view of ourselves changes all that. If God is for me not against me everything changes. The defensive stance that comes so naturally to us is overturned. It is possible to give oneself away, freely and unselfconsciously. That brings joy and makes love possible. It turns us  completely around – after all that’s what repentance literally means – turning around, facing a new direction.

Yes, we too readily let the vision fade. And yet knowing that, our God shares redemptive mission with us. Despite the constant threat that we will betray the trust, he calls us. Rely on him. Don’t be constrained by  dismal estimations of human vision. Hear the call to repentance and live as those who face towards God in all things.

‘The time is fulfilled, and the kingdom of God has come near; repent, and believe the good news.’