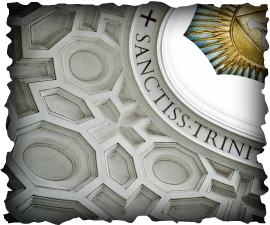 Having enticed her in, they got her drunk with cider and robbed her of her jewelry.  But that was only the beginning.  They imprisoned her for six days.  This in a city council flat.  She was locked in a kitchen cupboard.  She was humiliated, beaten, burnt, and finally suffocated and strangled.  Her body hidden in a disused cemetery.  I describe the last days of a teenager called Angela Pearce, murdered in April 1998.  Those responsible for her torture and death were five kids really, the youngest 16 and the oldest 22, who hung around together, thieving to fund their substance and drug abuse.  The appalling nature of their crime was mentioned even by their own defence counsel.  How could this be?

Their names - Claire, Mark, Meina, Nolene and Chris - a gang of kids, a little community of fellowship.  They were arrested after they came back from an abortive holiday together in north Wales.  They hung out together - a community of a sorts alright.  The wider community in which they moved in Leeds initially wouldn’t co-operate with the Police when inquiries were launched in earnest in their neighborhood.  Community is one of those weasel words - so often taken to be so positive, yet meaning so many different things to people, and achieving so many different things for people.

It is very popular now to describe the Christian doctrine of the Trinity, Father, Son and Holy Spirit, as a community, here’s one author:

First, God’s being is most accurately understood by Christians as trinity: a communion of Father, Son and Holy Spirit.  Second, it is essential to God’s purpose for the universe that all relationships should be understood as echoing the trinitarian pattern. [Robin Greenwood, Transforming Priesthood, page 87]

All relationships echoing the trinitarian pattern?  Surely not?  Those who terrorized and brutalized Angela Pearce were in relationship okay, but it was the relationship of the very devil.  As always, scripture asks us to think again about how we characterize living and what we should aim at in life.  Community can be abused and misdirected, just as can individualism, just as can anything - what we find so hard to deal with in ourselves is that all of us can take even the most positive things in living and make of them devilish caricatures that demean, hurt and destroy.  It is not enough to say relationships or community are good, we always have to add what kind of community?  What kind of friendship?  What kind of relationship?  We always have to indwell the Trinity - God’s grace, God’s love, God’s communion.  To know that God is God, not human, not in our image.  To know that God is human, alongside, not aloof and remote.  To know that God is in us, the Holy Spirit, yet we are not God.  The confusing language draws us on. What kind of community?  What kind of friendship?  What kind of relationship?  Only the rule of God can be the measure of these things.

The story Claire, Mark, Meina, Nolene and Chris, and what they did to Angela brings that home, but that wasn’t the only newspaper clipping I've kept from that year. Another is that of a former New York Times columnist, Flora Lewis, who wrote in The Guardian:

My daughter has just died in England: and it showed me what’s good about this country.

Britain still can offer remarkably kind, effective care to those who are suffering.  It makes an enormous difference.  To those who become aware of it, it colours a whole society with a glow of warmth and decency. [Flora Lewis, The Guardian 28th May 1999]

Her daughter Sheila had lived in the UK for 15 years.  As she struggled with cancer, her American mother saw social services provide for her physical support, volunteers assist with child care, the health services give home medical and nursing care, and the local hospice thoughtful and compassionate personal support and pain control, and then after her daughter’s death a concerned local funeral director who recommended the family to an environmentally friendly burial ground.

I was moved by the outpouring of emotion from her friends and neighbours and the feeling that there really was some community here although they came from very different backgrounds, that they really do care about each other and the simplicities of love.  The health service, the social services, which make sure that the society provides concern for all, are crucial to that willingness to leave none out.  There is a point beyond which individual enterprise, initiative, self-responsibility just can’t meet the human need.  Britain gains by the assurance that it is determined to go beyond that point when it is required.

I keep those clippings to remind me. What kind of community?  What kind of friendship?  What kind of relationship?  It must be an action that includes, that is for good, that goes beyond self, that meets human need, that is prepared to be involved, that is mutual, that draws people together for good.  So the eleven who are together must go to Galilee, go from the holy apartness of sacred Jerusalem to the commonplace confusions for Galilee, where believers are mixed together with non-believers, Jews with Gentiles, the acceptable with the unacceptable.

This Godward move must include all, it is to all people.  Seeing him in these circumstances, some of them worshipped the risen Christ; but some doubted - verse 17 in your text - a later scribe thought Matthew had made a mistake here and changed “but some doubted” into “and they did not doubt,” but Matthew had got it exactly right.  Faith doesn’t come prepackage; there’s always some element of doubt, of worry, of hesitation about it.  Belief and unbelief, trust and fear live together.  As one an the same time I am heartened by what community can achieve to enhance living in the experience of one immigrant mum, and sickened and troubled by how community of interest and activity was perverted by one group of youngsters into heartless violence.  Nobility and utter baseness.  Reassuring hoping and consuming terror.  There is a “to and fro” here that every living person has to contend with.  The grace of the Lord Jesus Christ, the love of God, and communion in the Holy Spirit, are things experienced within the hubbub of life’s confusions, the fears of every human heart, the frailty of human commitment.

Back to verse 17.  Some worshipped and some doubted.  Some found liberation for minds and souls in this inclusive God, others wondered and worried, but all are commissioned.  Commissioned by the crucified and risen Jesus who has the authority, the power to so commission.  The devil had once offered Jesus “all power” - the gospel writer tells us, this is in chapter 4, that Jesus was tempted on the mountain, on the high place where he could see all the splendours of the earth, that if he but worshipped the evil one all power would be his.  But Jesus did not fall to the temptation.  Now with the marks of crucifixion scaring his body, Jesus has received all power in heaven and on earth.  The signs of his powerlessness are all too apparent, and it is from these very things comes his ultimate, and everlasting power.  Death does not have the last word, the purposes of Christ cannot be thwarted.  The world of death, despair, and disillusionment is ended.  The new world of eternal love, hopefulness, and wholeness has begun and it will be completed - nothing can stop the process.  It is not that nothing bad will happen to us, but that the death-defeating power of Jesus’ life will find its completion.

Go therefore and make disciples.  That’s the way it is usually translated, but it could be just as well put, “as you are going” or even “in your going.”  In other words, disciples are made when people of faith follow Christ today, now, in the ordinary way of things.  That’s the point of the reference to baptism - a later writer’s addition I’m sure because it’s the careful language of a formal theological articulation - baptism is the signpost of that going in Christ’s direction, walking your life in his wake.  In this there is no need to teach anything else but the simple necessity to obey the commands of Jesus.  This is how one recent writer puts it,

Really they needn’t teach people anything more, because they’ve already been taught.  The only thing that people need to learn is to hang on and not to let go when the cunning devil comes along with something else.  They mustn’t be put off by anything or anyone. [Nico ter Linden, The Story Goes..  page 273]

Flora Lewis concluded her piece on her daughter’s death and the care she received,

It is a reminder in a time when the daily diet of information is about war, hatred, crazed murders of schoolmates, the vile things we human being are capable of doing, that we can also be kind, helpful, considerate.  And how important that is, to a whole society.  I suppose goodness isn’t news because we like to think it can be taken for granted.  Still, when you see it, when you feel it, when it is part of a country’s image of the self it wants to be, it evokes a feeling of gratitude.

What kind of community?  What kind of friendship?  What kind of relationship? Only the rule of triune God can be the measure of these things, for those who wait for the Lord shall renew their strength, they shall mount up with wings like eagles, they shall run and not be weary, they shall walk and not faint, for God is with us, to the end of the age.