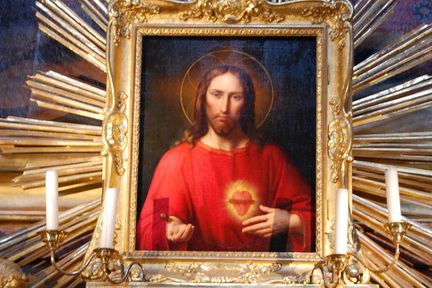 Religious observance is going through massive changes. We’re often told that we live in secular, non-religious society yet day after day religion – and how it may be legitimately observed – figures prominently in news broadcasts.

What is it to be a faithful Moslem? Tragic headlines and horrifying videos indicate one answer; the outcries of the peaceful majority insist on an altogether different way.

Church schools have a long history in England, but now all the talk is of ‘faith schools’. Do the two terms mean the same thing? To the secularist the answer is ‘Yes,’ to those who hold to traditional patterns of parish identities and belonging the answer is ‘No’.

Sunday observance used to be the mark of what it meant to be a churchgoer. However a believer might be defined, being in church on a Sunday was an obvious one. Nowadays things aren’t like that – many worship on days of the week other than Sunday, and other signs of belonging like wearing a cross, not working on a Sunday, or Lenten observances become issues examined in the courts.

Who observes what and how may we legitimately go about it?

Let’s stay with Lent for a moment: a story might help. There was once a woman who could properly be called a ‘chocoholic’ – she just loved the stuff in any shape or form. Like so many others with a similar passion, she decided one year to give up her beloved chocolate as a Lenten observance. After all this was a genuine sacrifice on her part. During her chocolate fast an old friend who knew nothing of her Lenten observance invited her for lunch. The old friend being an old friend remembered her passion for chocolate and served up a chocolate pudding covered in a extravagant twirls of milk, dark and white chocolate. ‘This is especially for you,’ she said, ‘I know how much you love it.’

The woman hesitated for a moment and then said, ‘Thank you, but I’ve given up chocolate for Lent. You have my helping.’ How do you imagine the friend felt? How would you feel?

What are boundaries of observance? That’s the question the St Matthew’s Day gospel reading poses. Here is Jesus not only speaking to a hated tax collector but actually asking him to be his close associate, friend and pupil. Here is Jesus pushing the boundaries unimaginably far – eating with tax collectors and others who were obviously and clearly ‘beyond the pale.’ It’s like Jesus going to the local brothel for a cream tea! Not something to be spoken about, let alone done for all to see.

No wonder the Pharisees questioned Jesus’ disciples – the others that is; I’m sure they didn’t approach Matthew! It’s not hard to imagine the distain in their voices. But hang on a minute, were the Pharisees actually being unreasonable? There are certain standards to be met and most of us try to keep to them most of the time – at least in public. We might try to be a little more sympathetic to the Pharisees before we condemn them as uncharitable.

They thought of themselves as the spiritual descendants of Ezra and the other experts in the laws of faith in the Old Testament. To their way of thinking abiding by the rules of faith was essential to faithful living. And from faithful living came contentment, satisfaction and communal peace and loyalty. Keep the Law of Moses and these good things of life will inevitably come your way. Honour God by honouring God’s laws, and God will honour you. Many of us, surely, have some lurking sympathy with that? They were experienced by others, however, as pushing that honouring, that observance, too far. So concerned to keep God’s law they hemmed it in with hundreds of little laws so that no one could break the law by accident. The grace of honouring God became a stultifying code of observance that chained everything.

Honouring God was supremely important to the Pharisees. We must recognize the power and worth of that. They were very conscientious, very committed, and probably no more blind to their own shortcomings than anyone else. But – and here’s the warning to us as it was to them – such an absolute commitment can become a compassionless straitjacket. They were blinded by their absolute loyalty and couldn’t see Jesus for who he was, nor respect or learn from his teachings.

The Pharisees saw in Jesus a man, supposed to be teaching the ways of God, who was encouraging allegiance from people who were obvious sinners and who had utterly no respect for God's law. Matthew was just one of many. By associating with ‘these people,’ (how I hate that expression!), Jesus defiled himself, weakened his image and dishonoured God. In other words the Pharisees were offended on God's behalf.

But before we ourselves get too high and mighty about the self-righteousness of the Pharisees we need to question ourselves. How would you feel if the person sitting behind you this morning was on the sexual offenders register? How would you feel if I had invited that person to speak at our next church social?  Or suppose that person is a hardened car thief? Or a large-scale tax evader? Or a neo-Nazi? Or an arms-trader? Or a brothel customer? Or whatever behavior or thought you feel ‘beyond the pale?’ How far do we go? Would we include people who prefer different forms of worship? Or people who, intentionally or not, always seem to put you down? Or people with axes to grind that you find tedious? Being an arbiter of observance is a tricky thing. Where do the boundaries lie?

If we are painstakingly honest, we may find that we judge all sorts of people in as damning a way as the Pharisees did the tax collectors. Remember Matthew is one of Jesus’ closest band of followers – those he trusted and shared his very heart with. What does it mean that Matthew is that close to Jesus? Is Jesus concerned for image? What if we’re seen to have a person like that as a friend and colleague? Will others think we are condoning cheating and disrespect for the community? Are we lowering standards, and will we be condemned for it? Jesus thinks nothing of such concerns. ‘Come share my life with me,’ that’s what he says to Matthew, whatever others think.

One of the Pharisees' blind spots was that they thought they were righteous. And their fixation on staying righteous separated people from them. They encouraged separation, because they didn’t want to risk their righteousness being defiled. But Jesus' righteousness had the opposite effect. It drew people to him.

The Jesus who calls Matthew is the Jesus of mercy on whom we all rely. He does not hesitate to associate with someone; and that means with us; and he is not ashamed to maintain that association, he won’t change his mind. We depend on that – he calls us, no matter what others might say.

We’re back to the chocoholic and Lenten observance. Yes, her Lenten practice was a real personal sacrifice – she was observant of something that would remind her again and through the days of her fast of not always pleasing herself – but in refusing her friend’s effort and gift of love she also sacrificed her friend’s feelings. Those are things that weren't hers' to sacrifice. Being faithful and holy in living is more than fastidiousness. Mercy and discernment in the model of Jesus should be our rule. How Matthew must have rejoiced in that – and so should we for ours is a Lord who comes to call not the righteous, but sinners.