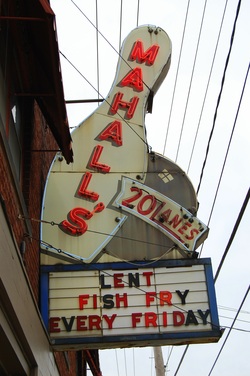 Don't you just hate braggers?  You know those folks who always seem to do things better than the rest of us; who always know the answer to the issue - 'Oh, I wouldn't have done it that way!'; who like telling everyone else how well they've done. Braggers get you down.

I'm sitting in a meeting that's coming to an end. The convenor says we must make a date for the next one. Pockets and cases are rifled, and we all stare intently at our smart phones or diary tablets. 'How about ...?' 'No, I can't make that.' 'A terrible week, so busy.' 'I can only offer the third Thursday.' And so it goes on - the competition about being busy - a mark of real honour and special status in our time-scarce world. And what are we really doing? We're bragging aren't we? Finding subtle and not so subtle ways to say out loud, 'I'm important; I'm busy.'

Lent is a time to bring some reality and some humility into our lives, and not to brag about it. If you're trying to put some extra effort into this business of living the life of faith - that's great. But don't advertise your self-denial, your self-examination, your striving after what you know you've missed, you're attempt to recover what seems to have been lost. So, says Jesus, if you're going to fast, wash your face, slap on the oil so you look as if you're blooming, and smiling don't let on what a struggle such a discipline is. Don't even mention it. That way what you're doing won't be seen by anyone, 'only your Father who is in secret; and your Father who is in secret will reward you.' And if that's true about fasting, it's also true about every religious practice - giving and praying - but also silence and study and reflection and meditation and compassion and practical encouragement - and whatever else you might do to develop and test your faithfulness.

What does Jesus make such a big things of this secret action and thought? Three reasons, I think:

1) To emphasis the fact that real faith is not about outward differences but inward differences. It's about intention, motivation, love and the rest; and these things are inward things. Yes, I know our inward dispositions and our outward lives are closely related. This isn't naive posychology, but it is a determination not to abuse difference by making it an end in itself. 'Hey, look at me, I'm not like you!'

As a small child I had a distant elderly relative I was made to visit every so often (too often to my liking!). He was dour in demeanour and dress. He didn't believe in any kind of ostentation. No ornaments in the house, no clothing except what was black or white, no radio or other diversion. But his commitment to plainness became an end in itself - look at me I'm different. The fact that he was willing to listen to my Grandma's radio whilst denying one to his own wife just proved the point.

2) Self-denial isn't self-denial when it's object is to be talked about. Being talked about doesn't contribute one little thing to what you as a person really are. You may enjoy being talked about but waht does it do for your personal growth? What does it do to your nearness to God? What does it do to your strengthening as a person? The word hypocrite was originally a Greek term for 'an actor' - one who puts on a show but behind it all is quite different. To grow in deep ways it has to be growth that's more than show.

3) The encouragement to secrecy is not an encouragement not to do these things. Jesus doesn't say 'don't fast,' 'don't pray,' 'don't give alms.' No, he says, 'when you ..., when you give alms, when you pray, when you fast.' Do these things and more, but don't do them ostentatiously. Be quiet about them and you'll find that some of the quiet of God will rub off on you! Do something. There's wisdom in taking something on in Lent; in giving something up in Lent; and in giving more away in Lent, but that wisdom isn't found in show and flamboyance. It's found in a quite blessedness - 'and your Father who sees in secret will reward you.'