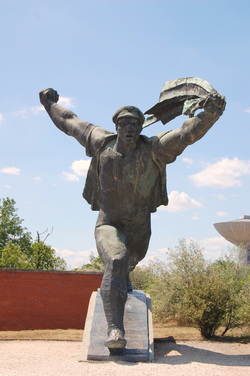 Can it be possible that our Lord who was gentleness itself really uttered so shattering a statement?  Why – we have always thought of Christianity as the main bulwark of family life.

So wrote Joost De Blank, when Archbishop of Capetown, in a Lent book called Uncomfortable Words, published in 1958.
He went on:
The Church has been prepared to be unpopular in the eyes
of the world in its insistence on the sanctity of the marriage
bond.  It maintains that in marriage man and wife become one flesh and that their union creates a condition which is permanent and indissoluble in this life. It makes much of the Holy Family as the model and example of home life at its best; and it recalls with gratitude that in his dying agony our blessed Lord made provision for his mother.

What a shock then that Jesus here in Luke’s Gospel uses the family as a sign and symbol of profound division.
Jesus is talking of extremes of distress and suffering and he uses a household as an illustration of just how severe the baptism of fire will be. How profound the division, even in a family. Strange words; the very opposite of what we have
come to expect of Christian teaching. In recent times the Church has made much of the family. Witness when a few years ago we in the Church of England had unifying themes in our lectionary– two Sundays each year had the word ‘family’
explicitly attached to them – ‘The Holy Family’ and ‘The Family.’ We expect Christianity to be ‘pro family.’This advocacy is such a powerful idea it is all too easy to miss the difficulties inherent in the idea itself. Listen to this –
it will put my quotation from Joost de Blank into context, it comes from Housekeeping Monthly and was published just three years before his  book:

The headline was ‘The Good Wife’s Guide’and the advice went like this:

'Have dinner ready. Plan ahead to have a delicious meal ready, on time for his return. This is a way of letting
him know that you have been thinking about him. Most men are hungry when they come home and a good meal is part of the warm welcome needed.
Prepare yourself. Take 15 minutes to rest so you’ll be refreshed when he arrives. Touch up your make-up, and be fresh-looking.
Be a little gay and a little more interesting for him. His boring day may need a lift.
Clear away the clutter. Make one last trip through the house before your husband arrives.
Gather up  schoolbooks, toys, paper, etc. and then run a dust cloth over the tables.
Over the cooler months of the year you should light a fire for him to unwind by. Your husband will feel he has reached a haven of rest.
Prepare the children. Take a few minutes to wash the children’s hands and faces (if they are small), comb their hair and, if necessary, change their clothes. At the time of his arrival, eliminate all noise of the washer, dryer and vacuum. Encourage the children to be quiet.
Be happy to see him.
Greet him with a warm smile and show sincerity in your desire to please him.
Listen  to him. You may have a dozen important things to tell him, but the moment of his arrival is not the time. Let him talk first — remember, his topics of conversation are more important than yours.
Make the evening his. Never complain if he comes home late or goes out to dinner. Try to understand his world of strain and pressure and his need to be at home and relax.
Arrange his pillow and offer to take off his shoes.
Don’t ask him questions about his actions. Remember, he is the master of the house and will always exercise his will with
fairness.
A good wife always knows her place.’

It seems like a world away doesn’t it?  And of course it is.  As far as we know every human society that has ever existed has been built on kinship, but that simple fact mustn’t obscure the further fact that the idea ‘family’ – its form, its
extent, its behaviours, varies enormously over time and across cultures. We can’t assume we can read-off straight from the page, as it were, Jesus’ understanding of family because we ourselves have an understanding of what
family means. This is a saying that speaks to our relationships and attitudes, but the kinship references don’t have exactly the same value as we would  put on them.

I don’t think Jesus’ words here are hyperbole.  The story-teller teacher often uses hyperbole. Things are exaggerated to make a point, to gain attention, to prompt thought, to aid remembrance. Hyperbole is a kind of flourish or exaggeration that serves a purpose but isn’t meant to be taken literally or too seriously. Wolves get bigger and eat little girls at
one swallow, the caught fish is ten times the size of one ever saw before, the difficulties overcome are relentless, etc. etc. Yes, Jesus certainly used hyperbole – what after all is a plank in any eye? – but I don’t think this hard passage is such a devise.

No, I think these words are about recognizing the realities of the turmoil that Christ’s actions and death brings. We should
see here echoes of the time of turmoil the prophet Micah saw before the dawn of deliverance:
Micah 7
5 Put no trust in a friend, have no confidence in a loved one; guard the doors of your mouth from her who lies in
your embrace;
6 for the son treats the father with contempt, the daughter rises up against her mother, the daughter-in-law against her
mother-in-law; your enemies are members of your own household.
7  But as for me, I will look to the LORD, I will wait for the God of my salvation; my God will hear me.'

Things are being said about empire here – and which I take that to be shorthand for all the ways power is exercised for its own sake:
1. Jesus  divides all empires. His power is quite other and divides what seems monolithic. This is true of macro political and economic power, but it is also true of individual power. This division goes right to the heart of  the most fundamental of relationships. In Jesus’ mission some find salvation, others judgement, even in your family, your household. According to Aristotle, the patriarchal household was absolutely central to the establishment of the city and the state. A microcosm of empire indeed.  Jesus undermines all this.
2. Jesus asks a loyalty that goes beyond empires. Imperial power requiresallegiance and subservience. Jesus undermines all that. No, he says, the primary loyalty must be to me. This primary loyalty will bring with it household division and rejection, and social conflict.
3. Jesus takes his followers outside the empire. The imperial boundary looks likesomething beyond which it is impossible to go. To be pushed outside it is to e excluded. No, says Jesus, there is more to life than these power plays. o take up the cross evokes shame, humiliation, pain, socialrejection, marginalization, condemnation, and death. Crucifixion was something   reservedfor socio-political marginals – rebellious foreigners, criminals and robbers – a Roman citizen was never
crucified, except for treason. This  was the terrifying brutality that divided citizen from non-citizen, the acceptable
from the rejected, the included from the excluded. To say “take up the cross” is every bit as scandalous as referring to setting daughter against mother. This is to the margins and beyond. That’s where Jesus is  taking his people.
4. Jesus takes his people beyond the empire. Beyond the powers there is new life. The empire seems all powerful,
as if to be excluded from it would destroy all living possibilities. Not so. Loyalty to Christ has another rather different consequence. To lose life for Christ’s sake is the way to finding it anew, to enter into the fullness of God’s
purposes in the new age. Know how to interpret the present time. What seems like the safety of the status quo, the safety of self-interest, is nothing of the sort – it is actually to lose your life in the judgement that is already underway for those who have not been constant in their acknowledgement of Jesus.

Empires challenged by a greater loyalty. Empires’crucifying power – recognised and overturned. Life is beyond empire.

So what is the task of the disciple? It is to resist and contest the empire and all its powers – wherever those structures oppress and kill God’s people, wherever they limit and deform the wholeness of life as God intended. If the family, the
household, is the microcosm of those powers, it too must be resisted. Jesus gives no peace to the world in which overbearing power, greed, and half-truths rule – at the micro as well as the macro levels. Wherever the strongest impose
their wills or mediocrity rules, those injustices are overturned by God’s purposes. We easily adopt the conventions and customs of the world about us – these startling words of Jesus turn us in another direction altogether. Nothing must be allowed to deflect the disciple from total commitment to God and God’s purposes. Even the closest of our relationships are subject to his claims. Discipleship is that serious, and that joyous.